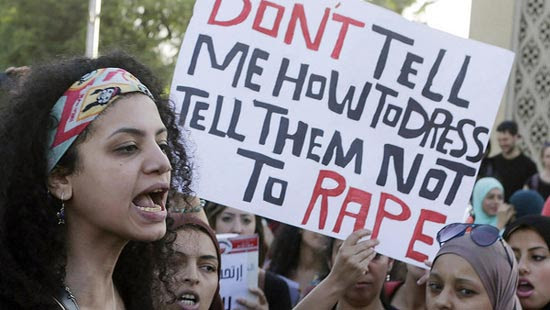 Women chant slogans as they gather to protest against sexual harassment in front of the opera house in Cairo June 14, 2014. (Reuters)

Posted by Moderate Islamist here at 1:24 AM