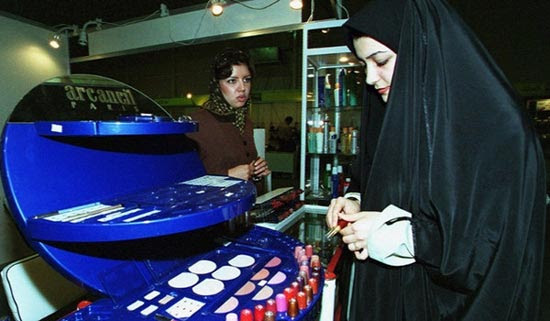 An Iranian woman shopping for lipstick at a beauty fair in Iran. The cosmetics industry fares well as women beautify themselves as a form of self-expression. — AFP pic