Most Ulema Are Reactionary, but We Need To Reach Out To Them and Explain the Urgent Need for Their Role to Be Progressive: Peace Activist and Writer Dr Javed Jamil 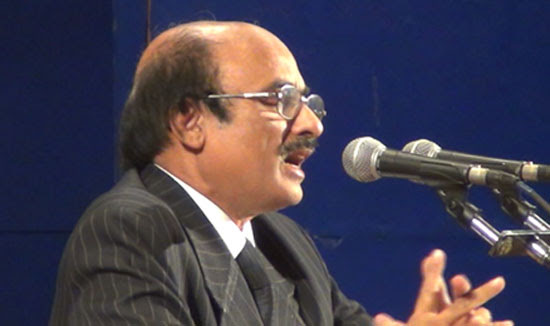 A Talk with PEACE activist and writer Dr Javed Jamil
Islamic Scholar and Director PEACE and Executive Chairman, International Centre for Applied Islamics as well as Editor monthly Islam, Muslims and the World, Dr Javed Jamil in a conversation with Mushtaq Ul Haq Ahmad Sikander, about his early life, writing, Economic Fundamentalism, Science, Islam, Communalism and various social issues
Tell us something about yourself?
I studied medicine at the Lucknow Medical College. I am a physician specialist and practiced medicine for thirty years before devoting my complete time and energy to Islamic scholarship and the cause of humanity.
As you stated that you were trained professionally as a Doctor, so when did you switch over to Islamic Scholarship?
I was involved with the Islamic scholarship from the very beginning. In the school I was trained in the Hindi background rather than in Urdu or English that I mastered later on. My letter to the Editor was published in the reputed Indian Express when I was still studying in school. I then started writing articles in various journals like Impact, Radiance etc. Even some of my articles were published outside India in the Arab world.
What were the reasons that compelled you to write?
http://newageislam.com/interview/d/45939

Posted by Moderate Islamist here at 9:39 PM No comments:

Email ThisBlogThis!Share to TwitterShare to FacebookShare to Pinterest
Patriarchy as a Major Impediment to World Peace Today

By Adis Duderija, New Age Islam
27 February, 2014
Discussions on peace are central to humanity since they force us to deal with some fundamental issues regarding our human existence, its purpose and nature.
As we all know world-peace is much more than just the state of ‘absence of war ‘. The voluminous literature of ‘just peace’ and ‘just war’ testifies to this fact well. My purpose is not to engage with this literature directly but to offer some reflections on what I consider to be the major impediment to world peace today.
Today, we live in an incredibly interconnected world that one or two generations ago was simply unimaginable. Things we do and choices we make on a daily basis often can have significant impact, both positive and negative, on people who live on different continents, who come from different religious, cultural, ethnic or racial backgrounds and whom we will never meet in person. How our actions impact upon others, often, are not always easy to discern or to understand. Nevertheless, given our state of interconnectedness, it becomes ethically incumbent upon us to try our utmost to understand how our place in the world and things that we do (or not do) impact upon others no matter where they live or what their secondary identities are. By secondary I mean those that are distinct to us and fall outside of our commonly shared humanity.
http://newageislam.com/spiritual-meditations/d/45938

Posted by Moderate Islamist here at 9:36 PM No comments:

Email ThisBlogThis!Share to TwitterShare to FacebookShare to Pinterest
Protests after Women Are Assaulted and Forced To Undress In Public in Kampala 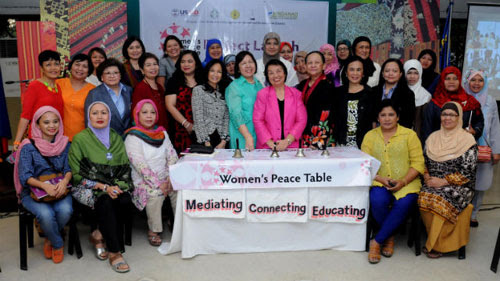 LEANING IN. Peace advocates gathered together to promote the role of women in peace building. Photo contributed by Diana Mendoza

Email ThisBlogThis!Share to TwitterShare to FacebookShare to Pinterest
Principal Booked For Asking Muslim Student to Cut Beard In Moradabad, UP 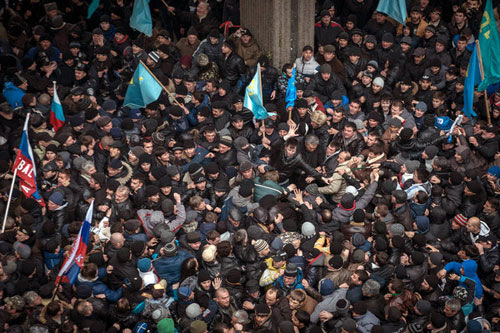 http://newageislam.com/islamic-world-news/d/45940
Posted by Moderate Islamist here at 9:33 PM No comments:

Email ThisBlogThis!Share to TwitterShare to FacebookShare to Pinterest
Tablighi Jamaat in Mewat-3: Early Success, Meos Had No Concern for Their Islamic Identity

By Yoginder Sikand
Early Success
Having devised or learnt, whether by divine or other means, the Tariqa-i-Tabligh, Ilyas called a meeting of Meos at Nuh in 1926 sometime after his return from his second Haj. Along with some of his Meo disciples and Deobandi 'Ulema from Delhi and elsewhere, he then set about visiting the neighbouring villages to spread his message among the Meos. Initially he seems to have met with considerable opposition. On several occasions people threw stones at him, beat him with sticks and chased him out of their villages. Yet, it is said, he did not for a moment relent.
'He accepted this persecution gracefully and thanked God that he had made him pass through the same trials and tests as the prophets had undergone in the past for the sake of spreading the din' (Mazhari 1972:40).
After Ilyas had managed to establish a firm base in the area around Nuh, he formed a Jama’at composed of six Meos—Hafiz Muhammad Ishaq and Numberdar Mehrab Khan of Ferozepur-Namak, Chaudhri Namaz Khan of Raisina and three children. The titles of the first three suggest that they, as in the case of the Jama’at referred to earlier, were influential local leaders and this is probably why they were chosen to join this first preaching party of what was to become the TJ. Ilyas instructed this group to spare a few days, travelling to neighbouring Meo villages to preach the Kalima and ritual prayers.
This Jama’at is reported to have faced considerable opposition from Meos in some villages, but they attempted to win their opponents over by humbling themselves before them. Thus, it is said that,
“They begged, with great humility, those who did not pray to follow them, so much so that they removed their own turbans and placed them at their feet, pleading that they should come to the mosque. This is how the work of Tabligh actually began” (Baliyavi n.d.:54).
The first Tablighi Jamaat’s tour lasted three weeks. They visited several villages, performing the Friday prayers on the way at Sohna, Taoro and Nagina, all in the Gurgaon district. Ilyas, along with some other 'Ulema, attended these congregational prayers, giving the missionaries advice and encouragement, and helping to strengthen their zeal for what they believed was a great divine mission.
http://newageislam.com/islamic-society/d/45936

Posted by Moderate Islamist here at 9:31 PM No comments:

Email ThisBlogThis!Share to TwitterShare to FacebookShare to Pinterest
The Historical Account of Namaz or Salat- Prayer of Two Rak’ats (Part 8)


By Nastik Durrani, New Age Islam
26 February, 2014
It is narrated by Hazrat Muqatil Bin Sulaiman that “Allah made obligatory two cycles (Rak’ats) of prayer at the dawn and two more in the evening” (1). It is also mentioned that the Prophet (pbuh) would go to the Ka’ba in the beginning of the day and perform the dawn prayer. The people of Quraish would not refuse the Prophet to engage in it. The Prophet’s companions, in person or in groups, would go to different parts of the city to perform the evening prayer (Salat-ul-Asr). They used to perform two prayers: the dawn prayer (Salat al-Duha) and the evening prayer (Asr). Later, the five daily prayers were sent down (2). So, Muslims had two prayers in the initial days: Salat al-Duha (the dawn prayer) and Salat al-Asha (the evening prayer), which is also known as Salat-ul-Asr (3). This opinion is based on the collective consensus (Ijm’a) of the Majority of Ulema.
A well-known Islamic scholar “Al-Muzni” mentions that there was a pre-dawn prayer before the Salat-ul-Isra and another prayer before the sunrise. Those who endorse this opinion turn to this verse from the Quran: “So be patient, [O Muhammad]. Indeed, the promise of Allah is truth. And ask forgiveness for your sin and exalt [Allah] with praise of your L

Posted by Moderate Islamist here at 12:14 AM No comments: