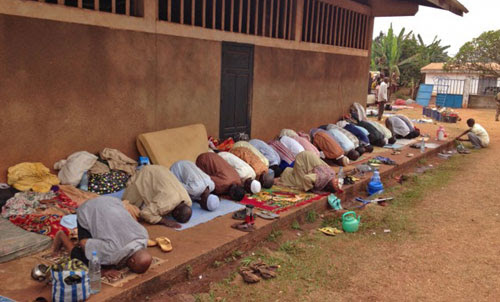 Christian militiamen learned that hundreds of Muslims were hiding at the Catholic Church and came with their ultimatum: Evict the families to face certain death or else the entire place would be burned to the ground. (AP Photo/Krista Larson)