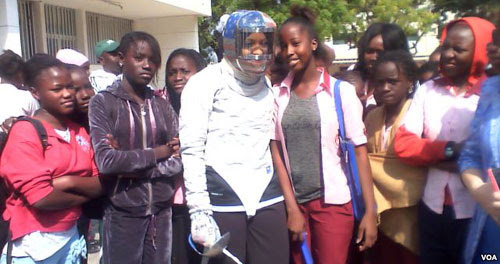 Fencing champion Ibtihaj Muhammad tells students at the John F. Kennedy all-girls school in Dakar that they can do anything they believe in, Feb. 7, 2014. (Jennifer Lazuta/VOA)