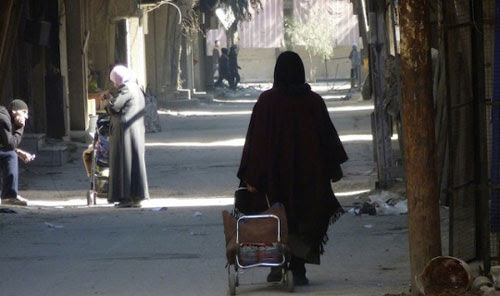 Islamic rebels in eastern Syria warn that women who do not put on the Islamic veil will be held to account. – Reuters pic, February 20, 2014.