Indian Muslim Women Protest Samajwadi Leader Abu Asim Azmi's Remark: 'Hang Women, As Per Islamic Law, Who Have Sex outside Marriage, With or Without Consent' 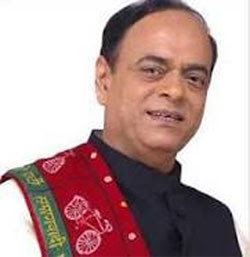 Samajwadi Party's Maharashtra Chief Abu Asim Azmi today stoked a controversy saying adults indulging in pre-marital sex are "polluting" Indian culture, a day after party supremo Mulayam Singh Yadav triggered a row with his rape remarks.
"In modern times, people have forgotten our culture and religion. Religion is important in India and no Hindu or Muslim will tolerate unmarried men and women cohabiting and doing things only married couples are supposed to do," Azmi said, adding that Islamic law provides for punishment for such conduct.
However, sensing that the comment may cause damage to the party's image in run-up to elections, the SP blamed the media for "distorting" the statements made by Azmi and Mulayam.
"The sole aim of such misinformation by the vested interest is to cause electoral loss to the Samajwadi Party in the present election," SP spokesperson Abdul Kadir Chaudhary said.
He further said, "The SP opposes any sort of crime against women. The party is always in favour of respect for women and their safety".
Azmi had said that "no decent, cultured family will allow their women to do such things. Islam provides for punishment for such conduct.
"Today, America and other modern countries are beating 'Damru' (pellet drum) and drawing us towards their culture. Their culture is polluting our culture," he added.
The SP Maharashtra president's son Farhan Azmi is in poll fray from Mumbai North Central seat along with incumbent Congress' MP Priya Dutt and BJP's Poonam Mahajan.
http://newageislam.com/islam,-women-and-feminism/d/66521