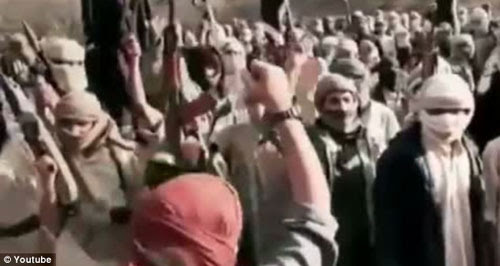 The 15 minute video was filmed as Al-Qaeda in the Arabian Peninsula celebrated a mass breakout from a prison in Sana'a, and surfaced on several YouTube channels