By New Age Islam Special Correspondent
14 April 2014
Geneva: A number of Muslim inventors from around the Muslim world turned up to showcase their creations in the International Exhibition of Inventions held at Geneva, Switzerland. This was one of the world's largest exhibitions devoted to innovation with some 60,000 visitors. It was gratifying to see so many Muslim countries including Saudi Arabia, UAE, Qatar, Oman, Iran, Indonesia and Malaysia participate and send their mostly young inventors, some of them women. 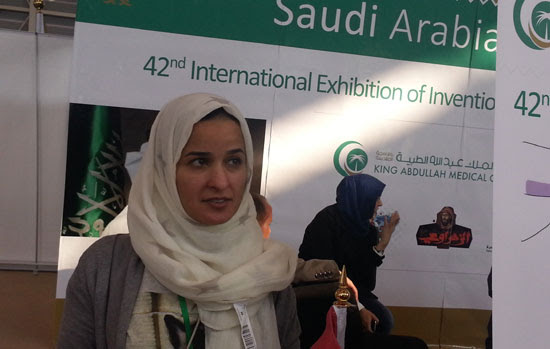 The most notable in this grand event of scientific inventions was that even Saudi women scientists showcased their creativity. It was very heartening to see a Saudi woman scientist win three gold medals at the Geneva International Exhibition for Inventors, which is a truly outstanding achievement and should be emulated by Muslim women in other Islamic countries. Ghaida Al-Sulami, a lecturer at the College of Nursing in Umm Al Qura University won the medals in a joint collaboration with a team from King Abdullah Medical City (KAMC). Her project was concerned with the invention of an electronic screen for communicating with patients in intensive care units (ICUs). Al-Sulami also won two gold medals from the Portuguese and Roman Wings. She was overwhelmed with joy