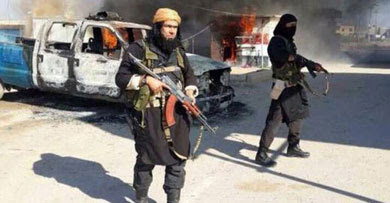 This undated image posted on a militant website on Jan. 4, 2014 shows Shakir Waheib, a senior member of ISIL. The ISIL said it wants to carve out an Islamic state from the border areas of Iraq and Syria. (AP)