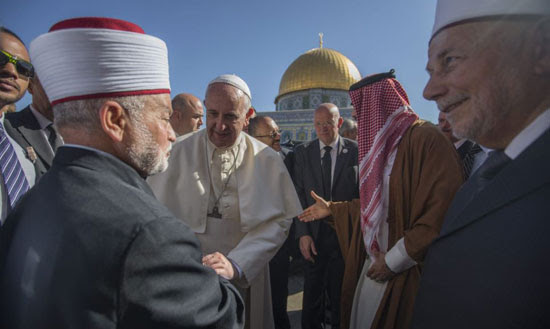 Pope Francis was greeted in the Old City of Jerusalem by the grand mufti, left, outside the Dome of the Rock, the third most holy site in Islam