Sikhs Will Use Allah As It Is In Their Holy Scriptures, Says Malaysian Gurdwara Council 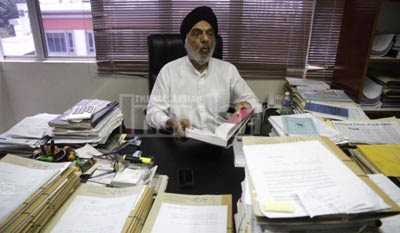 Jagir Singh stresses the word Allah has been used by Sikhs for more than 6 centuries. The Malaysian Insider Pic by Nazir Sufari, October 16, 2013.