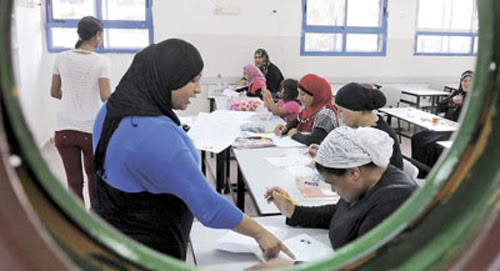 Jisr al-Zarqa women in the classroom Many never made it through elementary school. Photo by Rami Chelouch

Posted by Moderate Islamist here at 4:07 AM