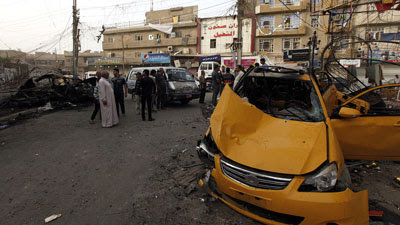 People gather at the site of a car bomb attack outside an ice cream parlor in the Al-Mashtal district in Baghdad, October 19, 2013. (Reuters)