Legal Centres, in an Indian State, to Educate Muslim Women on Rights 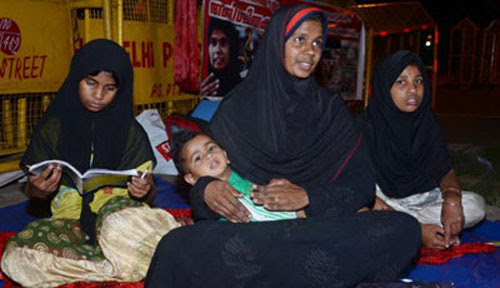 Jazeera V., crusader against sand-mining, along with her children, sitting on a dharna on a pavement near Kerala House in New Delhi on Monday. Photo: Sushil Kumar Verma