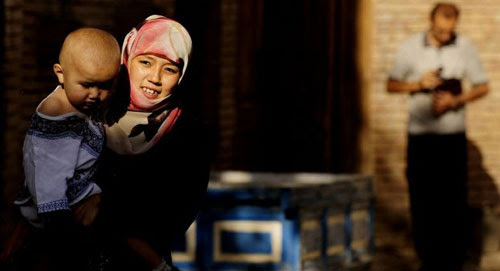 Members of Russia's emergency services work near a damaged bus after a bomb blast in Volgograd in this handout provided by the Russian Emergencies Ministry October 21, 2013. REUTERS