Do Not Entertain Any Defamation of Islam Resolution Until Islam Is Protected From Defamation by Jihadi Literature in the Islamic World First, Sultan Shahin Asks UN Human Rights Council 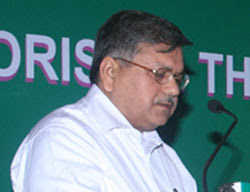 By Sultan Shahin, Editor, New Age Islam
September 16, 2013
United Nations Human Rights Council
Twenty-fourth session (From 9 to 27 September 2013)
Agenda item 3: Promotion and protection of all human rights, civil, political, economic, social and cultural rights, including the right to development
Oral Statement by Sultan Shahin, Editor, New Age Islam
On behalf of World Environment and Resources Council (WERC)
16 September 2013
Mr. President,
We Muslims of the world, at least our governments, have been bludgeoning the United Nations since 1999 in our bid to protect Islam from defamation. But aren’t the states that claim to speak for Muslims the worst defamers of Islam themselves?
Linking Islam with terrorism is considered defaming Islam. One would assume that Muslim countries would first prohibit defamation of Islam by ideologies of terror in their own countries. However, the case is quite the opposite. It is media outlets refuting the Islamist terrorist ideologies that are banned, as was a website called New Age Islam a couple of months ago in Pakistan.
http://newageislam.com/radical-islamism-and-jihad/sultan-shahin,-editor,-new-age-islam/do-not-entertain-any-defamation-of-islam-resolution-until-islam-is-protected-from-defamation-by-jihadi-literature-in-the-islamic-world-first,-sultan-shahin-asks-un-human-rights-council/d/13507