A thirteen year old child has been sentenced to ten years of imprisonment in Nigeria. The state of Kano is one of the twelve states in the country where sharia law is applicable. The court did not take long to convict this child of blasphemy, a ‘crime’ which relies on witness testimonies to prove its case. In this case, the boy allegedly made uncomplimentary remarks about Allah, during an altercation with fellow teens. 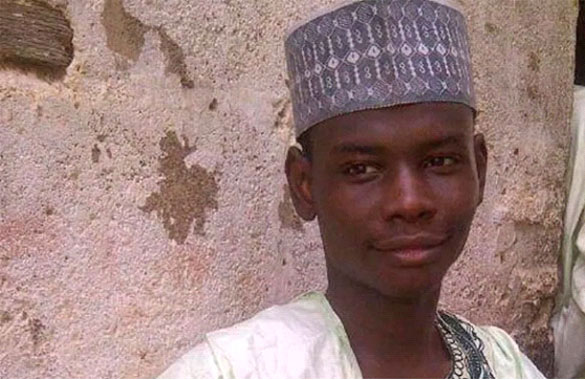 It is a relief to know that sharia court judgments in Nigeria can be challenged in the secular courts which might give some relief to the concerned boy, who faces and uncertain and bleak future. It is also a relief to know that his case is being appealed in the higher secular courts of that country. Yet, anyone accused of blasphemy, despite his acquittal, is condemned to lead a precarious existence, hiding his identity and forced to live in fear his whole life. Even in the case of Asia Bibi of Pakistan, the threat to her was so much that she had to leave the country. One can only hope that this Nigerian teen will be freed by the secular courts and will be allowed to live a normal life afterwards.

The whole point of modern law is restitution; the idea that people have an innate capacity to reform themselves and can return to participate fully in society after his or her sentencing. Islamic law doesn’t operate on such a principle; it is punitive and repressive. The basic assumption here is that people cannot be reformed, that certain attitudes are permanent and that they must be punished swiftly and in a manner that they do not repeat the same mistake again. Everywhere, feudal laws were repressive but the world has since moved on. The same cannot be said about many parts of the Islamic world where such laws still prevail. The argument that it is God’s law and hence cannot be changed is bogus to say the least, but so powerful that if anyone speaks against it, then one becomes the enemy of the state.

The sentencing has made international news, not only because it is harsh but also because people are aghast to realise that even children are not outside the purview of this ghastly law. UNICEF has harshly criticised the judgment and called upon the Nigerian state to restore the dignity and normality of the child in question. Many, including the director of Auschwitz, have volunteered to serve jail time in place of the convicted child. Many in the Muslim world have expressed extreme displeasure over such a sentencing and have called on the Nigerian authorities to show mercy to the child, arguing that mercy is one of the important virtues in Islam.

One sincerely hopes that some good will come out of all these interventions and that the child will not face ruination of his future. At the same time, one cannot help but realise that all such requests and petitions are not asking fundamental questions which led to the incarceration of the boy in the first place.

The extant Islamic law does not agree with the definition of a child that the modern legal system adheres to. Whereas in the modern law, the definable age for children is below 16-18 years, Islamic legal position does not have a set age to define what constitutes a child. It operates with the concept of baligh/mature and identifies this maturity with certain physical changes in boys like the appearance of facial hair, etc. Thus puberty in Islamic law is conflated with maturity and responsibility, although world over, puberty is understood as the time when the child is faced with veritable emotional instability. The onset of puberty can and does vary for each individual, although both the Hanafi and Shafi jurisprudence argue that it can start anytime from twelve lunar years (11.6 years). So if a child has crossed this age and the Islamic judge is satisfied with its verification, then he has no other option but to try the child as an adult. This is what seems to have happened in the Nigerian case: the boy in question is 13 years old and therefore according to Islamic law is fit to be tried as an adult. There is no point in running the judge down because he is absolutely correct within the framework of legality in which he is operating.

Not just judges but even Islamic terrorists subscribe to the understanding that with the onset of puberty, he or she should be treated as an adult. The Tahreek e Taliban of Pakistan, after massacring hundreds of school children in Peshawar, announced to the whole world that they took ‘ample precaution’ by not targeting pre-puberty children. Those who had any facial growth were segregated as fair game, to be killed without any moral compunction. It trying to legitimise the killings, they were also telling the world that they had killed within the legal parameters set by Islam.

Muslims and others who are aghast at the sentencing of this Nigerian teen must understand that the problem is not with that particular country or the judge; the problem is with the dominant reading of Islam which legitimises such legal action. Islamic law has become a relic which needs to change and until that happens, no matter how much we keep bemoaning the fate of this child, such convictions will keep happening routinely.

Posted by Moderate Islamist here at 8:31 AM