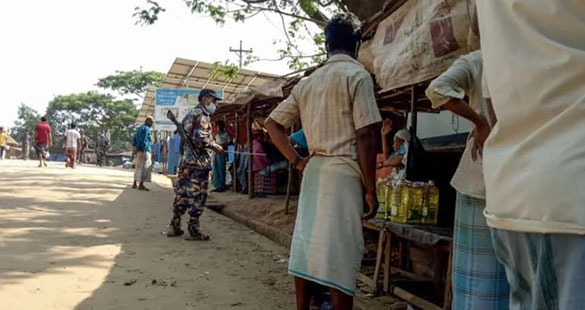 The violent clashes between two groups of drug traffickers and Rohingya insurgents leading to the death of at least 8 people in the Rohingya refugee camp in Cox Bazar is yet another reminder that if the Rohingya refugee crisis is not solved soon, it will pose social and political threats not only to Bangladesh but also for more than 7 lakh Rohingya Muslims taking shelter in these camps for the last three years. 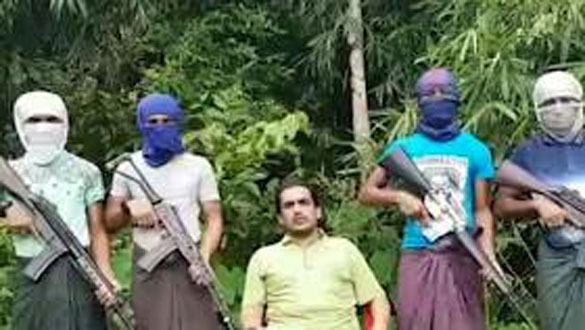 The ARSA has now penetrated into the Rohingya refugee camps of Bangladesh and recruits Rohingya and Bangladeshi Muslims from Bangladesh Myanmar borders to fight against the Myanmar forces. The ARSA has been declared a terrorist organisation by Myanmar and Malaysia. Its founding leader Ataullah Abu Ammar Jununi was born in Karachi and brought up in Makkah, Saudi Arabia.

Therefore, an ISI-ARSA link cannot be ruled out. A recent report says that the terrorist organisation of Bangladesh JMB trained 40 Rohingyas to use them for terror activities. Recently a Rohingya youth was arrested with USD 5 million worth of drug pills. 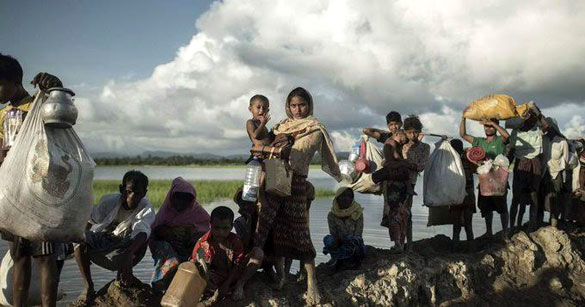 Interestingly, the Bangladesh government denies the presence of ARSA operatives in the camps but the inmates of the refugee camps testified to their presence after the Thursday clashes.

The ARSA is probably active in the camps under the guise of Rohingya Solidarity Organisation. During the attacks on Thursday, a member of Bangladesh security force was killed by the 'robbers' who looted 11 arms and 650 bullets from the security forces posted inside the refugee camp.

The robbery seems to be the work of ARSA or Rohingya Solidarity Organisation as they are badly in need of modern weapons. Rohingya militant organisations are, therefore, harming the cause of the Rohingya refugees as the government of Bangladesh is getting increasingly wary of the growing terrorist and criminal activities in the camps.

The poor policing and surveillance in the refugee camps in Bangladesh can be blamed for the rampant drug trafficking and the presence and growth of militant organisations in these camps.

Though the Bangladesh government's Ansar Force has its camp in the Cox Bazar Refugee Camp and an in-charge is appointed there to administer the affairs of the camp, foreign militants and drug mafia openly operate in these camps. Often there are arson, abductions and turf war between these groups. This cannot happen without the connivance of the camp in charge or the security personnel stationed there though the Foreign Ministry of Bangladesh claims that it is not possible for terrorist organisations in Bangladesh because of high alertness and effective preventive measures by security forces in line with 'zero tolerance policy' of the Bangladesh government. The recent clashes and robbery at the police camp in Cox Bazar belies their claim.

In the name of nabbing drug traffickers, the Bangladesh police and security forces often conduct extrajudicial killings of Rohingyas in the camps. According to reports, Since 2018 more than 100 suspected Rohingya drug peddlers were killed by Bangladesh police.The common Rohingyas suffer due to this lawlessness prevalent in the camps. On the one hand, they are forced by the drug mafia and militant groups to be involved in illegal and criminal activities and on the other they are killed and harassed by the police and security forces. Often they have to be shifted to other camps after incidents of gunfights, abductions and arson by warring groups.

The Rohingya refugees, therefore, have been living in virtual hell while the governments of Bangladesh and Myanmar accuse each other of non-co-operation and making hollow promises while the world community remains a silent spectator to the plight of Rohingyas. The government of Myanmar cracked down on the entire Rohingya community in response to a militant attack by a poorly equipped militant organisation like ARSA instead of cracking down on the militant organisation.

Posted by Moderate Islamist here at 9:01 AM