Are Hindus Vedic People? The Claim That Any Prophets Did Not Come to India, Which Has Been a Separate Land for Centuries, Is Blasphemous

The claim that any prophets did not come to a large subcontinent like India, which has been a separate land for centuries, is blasphemous.

Historically, the Judeo-Christian-Sabi people and primarily Zoroastrians, Hindus, Jains, Buddhists and Sikhs led the Muslim leadership to that position. (Hallaq, p. 327) The Vedas were honoured with the title of 'Dhimmi' in the Muslim Nation Complex. When they paid the jizya (protection tax) they were exempted from military service and to some extent enjoyed autonomy. These included the Christian-Jewish-Zoroastrian-Sabi and Hindu sects. (Ghani, p. 229)

The famous Arab historian Baladhuri (820-892) records that Muhammad ibn Qasim, the ruler of Sindh, declared that Hindu temples should be considered just as the Christian Church, the Jewish synagogue, and the Zoroastrian fire temple. (Baladhuri, p. 221)

It is a historical fact that Muhammad ibn Qasim, who conquered Sindh, treated the Hindu-Buddhist sects as dhimmi like the Jewish-Christian-Sabi people of the Middle East. (Shimmel, p. 107)  Ibn Qasim granted them not only their religious rights but also their previous positions in government. (Ikram, p. 11)

Ibn Qasim's every move was to treat the Hindus as Vedic people. (Ikram, p. 11) This set an example for later Muslim Kingdoms (Sultanate, Mughals) as a whole. (Srivastava, p. 43) 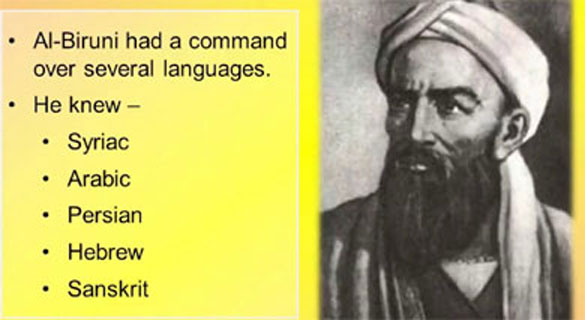 The historian Al-Biruni (973-1048), who painted the world's clearest picture of medieval India, translated Patanjali's Yoga Sutra into Arabic. In his Kitab ul Hind, Al-Biruni pays homage to the Hindu scriptures. Al-Biruni argues that even though idolatry is very common among Indians their sages are mostly monotheists.

Dara Shikoh (1615-1659), the son of Shah Jahan's elder son and Mughal crown prince, considered the central idea of the Upanishads to be monotheistic. (Ahmad, 1964, pp. 191-196) He has pioneered to publish the Persian translation of 50 Upanishads under the title 'Sirri Akbar', considering the Upanishads to be brilliant revelations containing divine mysteries. 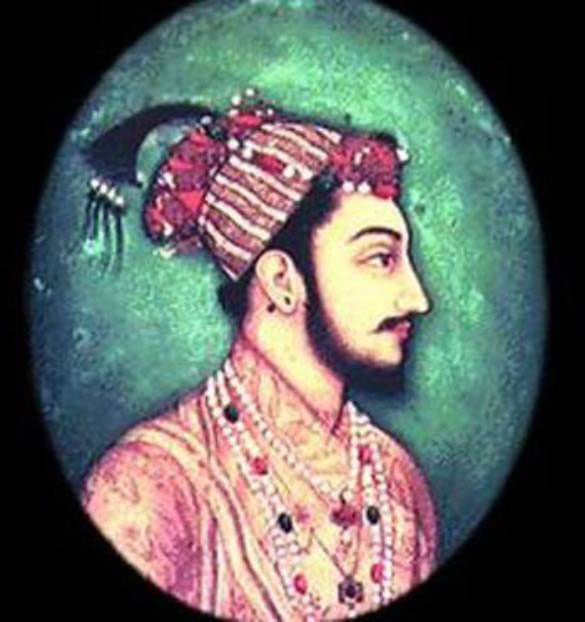 Inspired by the Qur'anic notion that God's messengers were sent to all nations, Dara Shikoh considered the Vedas and Upanishads to be divine. Dara Shikoh wrote Majmul Bahrain, a fusion of Hindu Vedanta and Islamic Sufism. Dara declared: This is the conclusion I have drawn from my research: The Rig, Yajur, Sama and Atharva Vedas were the first divine revelations to reach the Hindu people through sages. (Asiananda, p. 163)

Dara Shikoh's attempt was to develop a common mystic language connecting Vedanta and Islamic Sufism. That is why he published the Persian translation of 50 Upanishads in 1657. Nobel laureate Amartya Sen has observed that these were translated into Latin in 1800 and attracted Orientalists, including William Jones, the founder of the Asiatic Society, to the Upanishads. (Zen, p. 61)

Dara Shikoh, like Al-Biruni, considered Hindus to be Vedic because the Hindu scriptures were divine revelations. (Ahmad, 1969, pp. 79-80)  Dara finds that the central idea of the Vedas is based on monotheism. (Haq, p.13). Like Al-Biruni, Dara argued that the sages of the Hindus were monotheists. (Ahmed, 1964, p. 112)

Mirza Jane Janan (1699–1781), a glittering Sufi poet, described the Vedas as monotheistic revealed through the prophets. He also conceived of idolatry of Hindus as only intended for metaphorical purpose and just for mental concentration. (Ahmad, 1964, pp. 138-139) Like Dara Shikoh, Mirza Jane Janan considered the Hindu scriptures to be divinely inspired. (Ahmed, 1969, pp. 78-80) Jane Janan thought that Hindus believe in an immaculate and pure God. Mirza Jane Janan pointed out that unlike the people of Mecca; Hindu idolatry was only symbolic. (Engineer, p. 59) Jana Janan reiterates that Hindus use idols only for mental concentration. (Chandras, p. 151)

Syed Sulaiman Nadvi (1884-1953), a well-known Islamic scholar and historian, records that after the conquest of Sindh, a group of Brahmins visited Muhammad ibn Qasim and accepted his request to retain their existing positions of power. (Nadvi, p. 109)

Sulaiman Nadwi also considered Hindus to be Vedic. (Uthmani, p. 71) Abul Hassan Ali Nadwi (1914-1999), formerly the chairman of the Muslim Personal Law Board, also points out that the Arabs of that time accepted Hindus as Vedic people. (Usmani, p. 71)

Maulana Ubaidullah Sindhi (1872-1944), a renowned Islamic scholar and freedom fighter, considered the verses 62: 3 to refer to both Indians and Persians. (Sindhi, p. 166)

The great poet Sir Muhammad Iqbal (1877-1938) considered Lord Rama to be the spirit of life and the pride of spirituality. In his collection of poems 'Bange Dara', Iqbal gives the title 'Imam e Hind' to Rama.

T. Muhammad published ‘The Undercurrents of Indian Culture’ in 1976, a work which argues for the revelatory nature of the Vadas and also for the Vedic status to the Hindus. S. Abdullah Tariq (1953 - ), a native of Rampur, Uttar Pradesh, published the conclusion of the research of late Islamic scholar Maulana Shams Naved Usmani (died 1993) in Hindu, Urdu and English. Both consider Hindus to be Vedic. (Usmani, 2014)

Professor Tahir Mahmood (1941- ), former Chairman of the National Minorities Commission, highlights the distinction between Meccan polytheists and Hindus; He sees the Hindu scriptures as inspired by God. (Mahmoud, 2006)

A Qur’anic Evaluation of the Vedic Nature of Hindus

V.A. Mohamad Ashrof is the Joint Secretary of Forum for Faith and Fraternity Kerala

Donate Now
Posted by Moderate Islamist here at 8:41 AM