20th Oct 2020 marks the 100th anniversary of "Jamia Millia Islamia". It was established on 29th Oct 1920. The sincerity of our forefathers and their great sacrifices have elevated this institution to such a high position that today JMI is considered as one of the standard universities not only in India but also in the world. The university has 9 faculties, various centres such as mass communication and five schools. Currently 25,000 students of different faiths, especially Muslim children are studying in JMI. This month, three new departments have been introduced in Jamia Millia Islamia: 1) Foreign Languages. 2) Hospital Management. 3) Environment Science.

Inshallah, this process of development will continue. Every stage from nursery to PhD is taught in JMI. The university has a library named “Dr. Zakir Hussain Library”. It is rich with millions of books. It was built in 2006 in the modern style in 3 Million dollars donated by Saudi King Salman bin Abdul Aziz.

For quite a long time, there is requirement of a medical college in JMI. Various governments, especially the previous government of Akhilesh Yadav had promised that the land of the Uttar Pradesh government adjacent to the university campus would be given to JMI for a medical college and hospital, but no progress has been made yet. On the occasion of the 100th anniversary of JMI, we ask the present government to provide land and extend necessary support for constructing a medical college and hospital for Jamia Millia Islamia which was established with the support of Mahatma Gandhi by Indian freedom fighters under the patronage of Shaykh-ul-Hind Maulana Mahmood Hassan.

Jamia Millia Islamia, New Delhi tops the list of Central Universities released by the Union Ministry of Education of India in the month of August 2020. In other words, in 2020, Jamia Millia Islamia is the most prestigious university in India. Jamia Millia Islamia secured the first position with 90% marks, while Rajiv Gandhi University, Jawaharlal Nehru University and Aligarh Muslim University scored 83%, 82% and 78% marks respectively. This is the university which was tried to discredit by some evil elements in late 2019 and early 2020, but congratulations to the university administration, teachers and students who did not respond to the bullets of the anti-national forces with bullets and adorned themselves with the ornaments of education. We can deal with the various problems facing the country only by getting education. 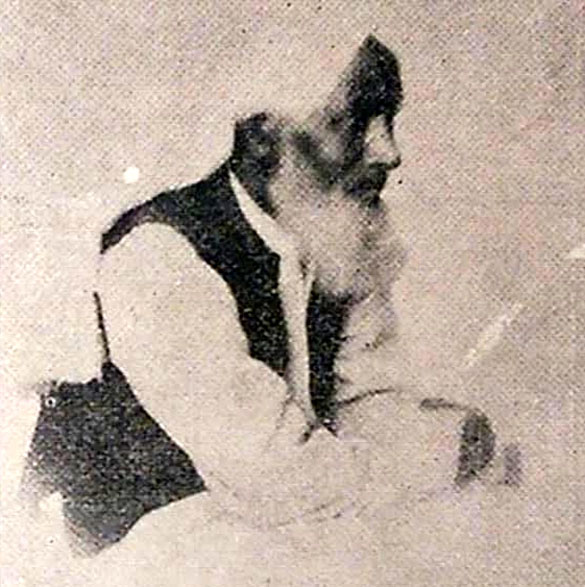 In 1920, under the guidance of Mahatma Gandhi, and the auspices of Shaykh-ul-Hind Hazrat Maulana Mahmud Hassan, Jamia Millia Islamia was established, which is one of the leading universities of the world today.  For its establishment and flourishment, the services of Hakeem Ajmal Khan, Dr. Mukhtar Ahmed Ansari, Abdul Majid Khawaja, Maulana Muhammad Ali Johar, Dr. Zakir Hussain, Professor Muhammad Mujib and other leaders will always be remembered. Jamia Millia Islamia is not only an academic institution, but a scholarly hub of various arts and sciences that our ancestors have raised and nurtured with their blood. The feature of this organization is that its founders were very active participants in India's war of independence. The establishment of the university came into force at a time when the independence movement was on its peak. The Leaders of the university were directly linked to the liberation movement. Thus, the Jamia Millia Islamia was formed as the cause of India's war of independence. That is why secularism, freedom, patriotism, enlightenment and tolerance are already present in the mold of the university. While the purpose of the establishment of the university is to remove the backward educational background among the minorities, the promotion of Urdu language is also important, which is why from the very beginning, the great Urdu poets and scholars used to visit the Jamia Millia Islamia. 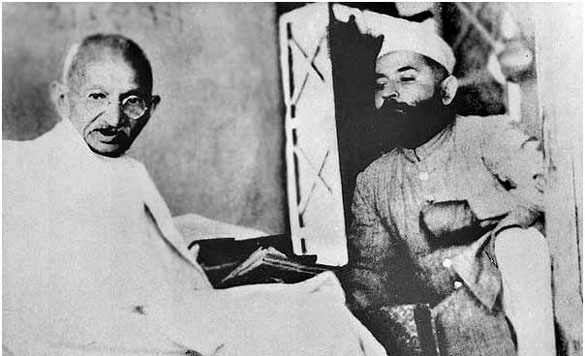 Mahatma Gandhi with Dr Zakir Husain. Gandhi was a steadfast friend of the Jamia from the beginning. Photo: The Hindu Archives.

Presently, Jamia Millia Islamia holds special recognition in educational fields all over the world. Not just thousands of people getting education from the university, but millions of people are serving the nation and nationality wherever they are living, while holding major positions in nation and abroad.  The world's great personalities have also been awarded the doctorate degree. Many areas of the University, especially Engineering College, Teacher's Training College, Mass Communication Center, Social Work Department, Arabic & Urdu Department etc. have a special place all over the world. Students of the university are highlighting the name of Jamia Millia Islamia in various fields in every region of the world.

Sir Syed Ahmad Khan founded an educational institution in Aligarh, but the fact cannot be denied that Sir Syed Ahmad Khan had close contacts with the British. Therefore, the freedom fighters were concerned about it, so those who participated in India's War of Independence also laid the foundation of an educational institution, Jamia Millia Islamia, in Aligarh on October 29, 1920, in the mosque of Aligarh College. In 1925, the university moved to a rented house in Delhi's Karol Bagh, where at one time, the Jamia Millia Islamia was close to be shut down, but a team of alumni came forward and offered their services. They not only pulled it out of difficult times but also paved the way for development. In 1935 the university moved to Okhla, where the patriarch Jamia bought land and dedicated it to the university.

Jamia Millia Islamia is now the prestigious Central University of India where not only thousands of students belonging to different sects of Muslims but also those from different faiths are studying in this secular institution. During the course of the university, important qualities such as kindness, tolerance, goodwill, humanity, patience and endurance were created or strengthened by interacting with others having different ideas.

Posted by Moderate Islamist here at 8:01 AM