St. Francis of Assisi, Popularly Known As the Second Christ - Man of Dialogue with the Entire Creation

On 4 October, the Catholic Church celebrates the feast of St. Francis of Assisi, popularly known as the Second Christ. Francis was a man with deep belief in his own religious beliefs and incarnated logos, who lived among human beings. He was still very open to others in order to evaluate his point of view and his values. A saint who has propagated human fraternity. A saint who sees all beings on earth as brothers and sisters. He talked to the sun as a brother, to the moon as a sister, to the wolf as a brother, and to death as a sister. Here, I put two events of his life, through which he became instruments of peace.

On 30 November 1215, Pope Innocent III called for a new crusade against the Muslims who had "occupied and desecrated the Holy Land." Francis and his disciples were under great pressure to support the war effort by preaching in and beyond Italy. Francis, being the obedient son of the authorities, had no choice. Never forget that he had made his religious vow of obedience before the hierarchy of the Church, but Francis was convinced that it was not to them, but for Christ, whom he believed as incarnated logos, who lived among human beings. How will he disobey the creator? He said no to the authority of humanity, and said yes to the kingdom of heaven, which can speak only of love and harmony. 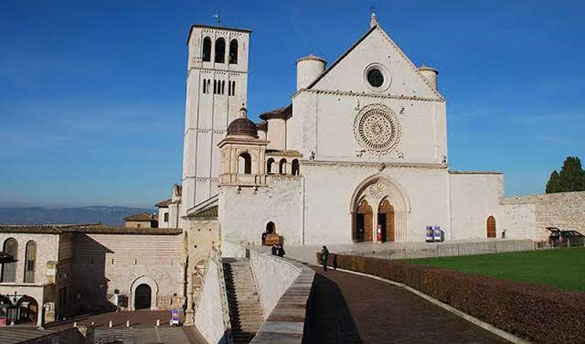 Francis, the true apostle of Christ, proposed the notion of reconciliation to the crusade. They weren't convinced by his proposal. They were convinced by their physical-religious buildings and physical bodies on earth, as each of them professed in their ritualistic prayers that they were ready to sacrifice their lives for the values taught by Jesus Christ. The call to love enemies is in the Holy Text alone. Probably, they were against the teachings of Jesus. Francis could not persuade them not to go to war. Sultan al-Kamil, King of Egypt and nephew of the great Kurd Warrior Saladin, has even repeatedly tried to seek peace by returning Jerusalem to the Crusaders, but the Pope has always refused the offer.

Francis was profoundly saddened to see the horrendous sight of war victims on both sides as he reached the banks of the Nile. He retired to deep prayers and reflection, and started to preach strongly against the battle, but no one listened to him. Francis eventually chose to act, and he and Brother Illuminato would go and visit the Muslims in their own camp. Francis understood risk; his attempt to cross the enemy's lines during wartime was presumably due to death or imprisonment. This, though, did not discourage him. 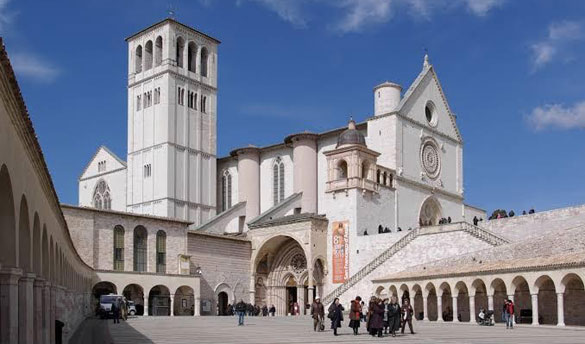 He remained there for days and spoke with the sultan and his court. The sultan al-Kamil, who was inclined towards moderate Islamic Sufism; he listened attentively while a monk spoke about peace, love, the end of wars, coexistence and reconciliation. This extraordinary meeting and the two people's dedication to peace transformed the bond between Muslims and Christians for the better. And if fighting hadn't ended, the words of Francis and sultan still be a model for many of us. This was the first gathering of its kind, as far as we can see based on the historical record. Two such strong and holy people had never met in a spirit of peace and reconciliation from their own respective religions before. In fact, Francis had learnt many things from the sultan.

Francis not only considered humanity to be his brother or sister, but also the whole of creation to be his brothers. A strong wolf arrived in the country in 1220, when Francis was staying in Gubbio, and he killed the cattle. Soon, the wolves progressed to accessible attacks on humans. He killed the shepherd, then the brother and father of the shepherd, when they went out to deal with the threat. It was known to stand outside the city gates, staring for someone who was dumb enough to move outside alone. No weapon was capable of inflicting injury to the beast, and those who tried to kill it were devoured.

Eventually, just looking at the beast, the entire town was terrified and, with whatever reason, the public refused to venture outside the walls. It was at this time, when Gubbio was under siege, that Francis announced that he was about to flee to meet the wolves. Francis is heading out to find the wolf when he visits Gubbio. When the wolf sees St. Francis, he arrives to attack the saint with his mouth open, ready to strike. St. Francis immediately makes the sign of the cross over him and says, "Come here, Brother Wolf. I request you, in the name of Christ, that you do no harm to me or to others.”  When Francis came nearer, the wolf stared. "I'm not trying to hurt you, Brother Wolf. The wolf stopped in mid step. Let's speak in peace.  The terrified wolf closed his mouth and stopped running; and as soon as the order was given, he came softly like a lamb and flung himself at the feet of St. Francis.

What is revealed to us through the tale of Francis and the wolf is that this unity, harmony, and reconciliation are not only between God and human beings but among God and the entire family of creation! We must be the instrument of peace. If we call ourselves a religious person, we need to firmly believe in the values taught by each religion and need to purify them, if something goes against our value system. It can be assumed that one of the bases for inter-religious dialogue is awareness of one's own beliefs, as well as the viewpoints of the other. A religious person cannot be a crusader, Islamic State terrorist, or any such kind. He /she accepts everyone as brothers and sisters irrespective of caste, creed and colour.

Fr. Midhun J Francis, SJ is a Jesuit Priest and a Theologian, working in Christian-Muslim Relationship for the South Asian Conference of the Society of Jesus.

Donate Now
Posted by Moderate Islamist here at 8:41 AM