Islam has issued guidelines for best practices in every department of life. It preaches honesty, fair play and transparency in business and financial transactions as well. Islam prohibits food adulteration, bribery, usurping the property of the weak or the illiterate by unfair means and advocates transparency in transactions by keeping a written record of transactions and even appointing witnesses in important transactions or business contracts to avoid doubt and misunderstanding. The Surah Baqarah stresses on the importance of written agreement. 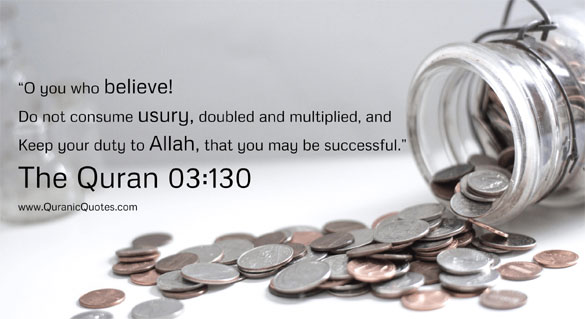 "O you who believed, when you contract a debt for a specified term write it down.................And do not be weary to write it, whether it is large or small, for its term. That is more just in the sight of Allah and stronger as evidence and more likely to prevent doubt between you, except when it is an immediate transaction which you conduct among yourselves. For there is no blame upon you if you don't write it. And take witnesses when you conclude a contract.(Al Baqarah:282)

This may seem insignificant today because these practices are followed by all today but the Quran taught these when the people of Arab were illiterate and ignorant and the dishonest moneylenders would cheat the illiterate people because they would not have a written agreement of their transactions.

Similarly, while doing sale and purchase, the Quran instructs the trader not to weigh unjustly to make more profit. In the olden days, the sellers would weigh less while selling things to their customers. The holy Quran describes this a grave sin:

"And O my people, give full measure and weight in justice and do not deprive the people of their due and do not commit abuse on the earth spreading corruption." (Hud: 85)

O you who believe, do not consume usury, double and multiplied."(Al-e-Imran: 130)

The practice of replacing good quality of rice, wheat and other essential commodities meant for distribution among the poor by the government is rampant today. The Quran prohibits this practice in the following words:

"And give unto orphans their property and do not exchange bad things for good ones and devour not your substance (by adding it) to your substance. Surely this is great sin. (Al Nisa: 2)

In short, the holy Quran has clear guidelines upholding best business practices. It advocates honesty, transparency and liability in business and financial transactions.

Posted by Moderate Islamist here at 9:15 AM