It is generally believed that the Arab Sufi and philosopher Ibn Arabi was the first to introduce the Upanishadic philosophy of Advaitavad in Islam which was known as Wahdat-ul-Wujud. It is true that Ibn Arabi authored the first book on the philosophy of Wahdat-ul-Wujud named Fusus-al-Hikam and established and institutionalised Sufism, especially the philosophy of Wahdat-ul-Wujud in Islamic religious discourse. The book was largely inspired by a Sanskrit Book Amrit Kund which was available in Arabic. The philosophy of Advaitavad is based on the Upanishadic belief that God is manifest in all His creations and dwells in all the living and non-living beings as its soul. Therefore, He is called sarvabhutantaratma (indwelling soul of the entire material world). The Upanishads also say that every part of the universe is a part of the Supreme Being and so His realisation can be achieved by contemplating on self and annihilation of self into Him. 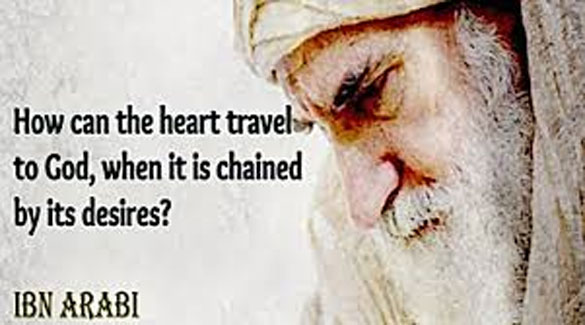 Ibn Arabi borrowed the idea of Wahdat-ul-Wujud from Upanishads but presented arguments in its favour from the Quran. Thanks to this, Muslim ulema of his time could not refute it or reject his philosophy with plausible arguments. Though there were still some ulema who termed his philosophy un-Islamic, his philosophy gained acceptability among the larger section of ulema and sufis in the 7th century Hijri.

But before Ibn Arabi institutionalised the philosophy of Wahdat-ul-Wujud in Muslim religious thought in the 7th century and made it acceptable to the Arab world, three prominent sufis from Iran were killed by the then rulers at the provocation of the then ulema. The reason was that before Ibn Arabi, the philosophy of Wahdat-ul-Wujud was a new theory and was considered un-Islamic, indeed even declared Kufr.

Though Ibn Arabi gave the philosophy a concrete foundation in Islamic religious thought, it was the legendary Sufi Hussayn bin Mansur Hallaj (d. 309) who first introduced the idea to the Muslim Sufis. He had travelled to India and had come in contact with the Hindu sages who believed in Advaitavad. He learnt about the Upanishadic Shloka "Aham Brahmasmi" ( I am Brahma) which a siddha asserts after his dissolution in Brahma (God). Hussayn bin Mansur's slogan 'An al Haque' (I am God) was inspired by the Sanskrit Shloka Aham Brahmasmi. The then ulema declared his slogan based on heresy as Haq is one of the 99 names of God. 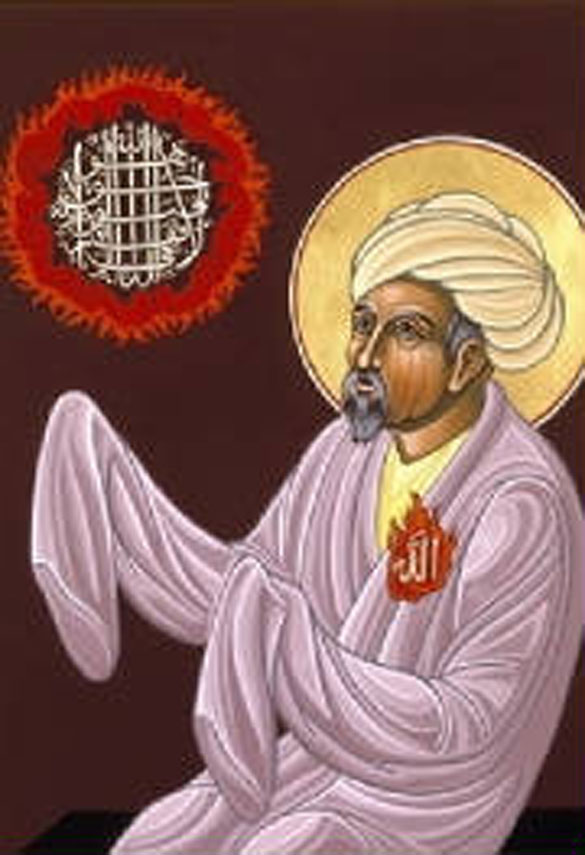 An-al-Haq’ (I am the truth) – this statement would be the death of Mansur Al-Hallaj.

This  philosophy was new to the ulema of the Arab world in the the early centuries. Therefore he was declared a heretic (Kafir) and was brutally killed and his body was burnt. He was killed on the fatwa of the ulema of his time.

Another Sufi who was martyred for his belief in Wahdat-ul-Wujud or the absoluteness of the existence of God was Aynal Qazath Hamdani. His real name was Abul Mo'ali Abdullah bin Mohammad and he was a disciple of the great Sufi Ahmad Ghazali Tusi. He was well versed in Islamic sciences and was influenced by the Greek philosophy. Like many other Sufis, he was also influenced by the ideas of Mansur Hallaj and believed in wahdat-ul-Wujud. The ulema of his times issued a fatwa against him declaring him Kafir. The minister of the caliph ordered his hanging. After he died due to hanging, his body was burned.

It is also said that Aynal Qazaath's grandfather Abul Hasan was a Qazi and a very influential person. Therefore, the post of Qazi was transferred to his son and then to his grandson. This caused a heartburn among the ulema of his time. They conspired to dislodge him from his post. His belief and practices provided them a golden opportunity and they were able to convince the caliph that Aynal Qazaath's beliefs and ideas were against the principles of Islam. He was killed in 525 Hijri at the young age of 33.

The third Sufi who was killed for having belief in Wahdat-ul-Wujud was Shahabuddin Suhrawardy. Like his two predecessors he was also an Iranian. His real name was Abul Fat'h Yahya bin Habsh. The ulema of his time ran a vilification campaign against him and the entire Damascus started calling him Kafir. Finally, Sultan Salahuddin Ayyubi ordered his execution in 587 Hijri.

The killing of the three great Sufis of the 4th and 6th century Hijri demonstrates that the Islamic world could not reconcile to the new philosophy of Wahdat-ul-Wujud introduced by Hussayn bin Mansur in the end of the 3rd century Hijri as the Islamic religious thought was dormant and stagnant. The conservative ulema did not accept any new idea or way of realising God. The Sufis on the other hand were liberal minded people and travelled to distant lands in search of knowledge and during their travels and meeting with the scholars of other religions, they came across new ideas which broadened the horizon of their thought. They did not hesitate to assimilate new ideas that did not clash with their religious beliefs in their thought process.

But the contemporary ulema who stuck to the traditional beliefs and way of thinking could not accept the new ideas and declared them Kafir.

However, when Ibn Arabi, an Arab philosopher, presented the philosophy of Wahdat-ul-Wujud with the help of irrefutable arguments from the Quran, the Arab Islamic world reluctantly and gradually came to terms with the new reality. It also speaks of the Arab supremacism which prevents the Arabs from accepting any new idea from the Ajami (non-Arab) people. So when an Arab philosopher presented the same philosophy in their own language, they accepted it. After that no sufi from Iran was killed on charges of heresy.