Bangladesh: Ayesha Siddiqua Denied License For Marriage Registrar For Being A Woman 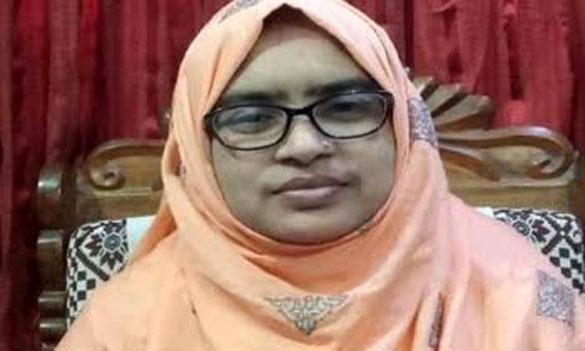 In Bangladesh a Muslim woman, Ayesha Siddiqua has been fighting a legal battle for being a Marriage Registrar since 2014. The Law Ministry rejected her application on the ground that she was a woman and the High Court upheld the decision of the Law Ministry on the same ground. This has sparked a debate on the issue in the country.

Ayesha studied in Phulbari Darul Sunnah Senior Siddiqia Madrasa and got a Fazil degree. In 2014, she applied for the license for Marriage Registrar for Ward No. 7,8 and 9 of Phulbari.

The local advisory committee sent the applications of three aspirants including Ayesha's to the Law Ministry. The Ministry rejected her application on the basis of her gender. She challenged the decision of the Law Ministry in the High Court. Her argument was that she fulfilled all the qualifications mentioned by the Law Ministry. The rules don't specifically say that a woman can not be a Marriage Registrar. Moreover, the Constitution guarantees equal rights to women.

The judges in their judgment said that in the current scenario of Bangladesh, a woman could not be a Marriage Registrar. The reason was that in urban areas, due to lack of space, marriages are solemnised and registered in mosques. Since women can not enter a mosque due to some physical constraints on certain days, she wont be able to register the marriages on those days. That's why a woman cannot be a Marriage Registrar.

This judgment has again sparked protests and criticism against the court and the Law Ministry. Feminist organisations have termed the judgment as biased against women and a violation of women's rights.

Ayesha has not accepted defeat. She has decided to take her battle to the Supreme Court.

The High Court judges have not presented any arguments from the Quran and Hadith in favour of their opinion. They have formed their opinion only on the basis of "current scenario" of Bangladesh. They could have derived their conclusion from the verse of the Quran which prescribes two women witnesses in place of one male witness (2:282).

Since a Marriage Registrar is practically a witness to a Nikah, in case of issuing a license for Marriage Registrar to a woman, she may be asked to appoint a male or female assistant so that when she is not able to register a Nikah due to some physical or personal constraints, her assistant can do the job.

When the Constitution and the rules of the Law Ministry do not specifically bar a woman for being a Marriage Registrar, she can not be denied license for Marriage Registrar only on the ground of menstrual period when the ministry and the court have an option suggested by the Quran.