While comparing the anti-CAA and the ongoing farmers’ protests, we can see certain similarities in terms of their content, aims and methods. But while the anti-CAA protests were initially ignored by the government and at places finally broken up by armed mobs, the farmers’ protest seemingly has all the ears of the government. The government has not just conducted multiple meetings with the farmers but has also made the offer of suspending the contentious farm laws for a year and a half. More recently, it even allowed them to enter the capital to register their protest. What explains the difference in government’s approach in handling these two protests and is this approach partly responsible for the different outcomes of these protests? 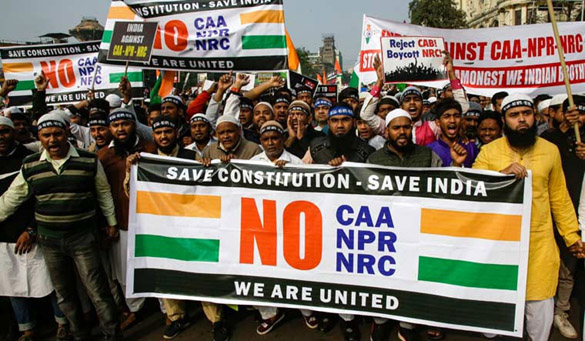 Both the anti-CAA and the farmers’ protests have their roots in disenchantment with government policies. While the anti-CAA protests were primarily directed at recalling the discriminatory citizenship laws; the farmers’ protests are about scrapping three laws which they claim will make them vulnerable to the manipulations of predatory capital. Secondly, in terms of demographic composition, women and elderly are part of both the movements. The anti-CAA protests witnessed high participation of women since the very beginning. In the farmers’ movement, the participation of women and the elderly have been noticed by the lordships of the Supreme Court, who in in their divine wisdom, asked them to return to their homes. Such empathy was altogether lacking when it came to addressing the concerns of women and the elderly participating in the anti-CAA movement. Thirdly, in terms of tactics, both the protests occupied and blocked roads coming into Delhi as well as inside the city. The farmers today are squatting at multiple sites near Delhi’s border which have led to the closure of one side of the carriage way. The anti-CAA protest of Shaheen Bagh similarly blocked the road coming into Delhi. There were similar sit-ins across the country and appeals were made to block highways to pressurise the government to listen to their demands. Those making such appeals were overnight made into criminals and are today behind bars but the ongoing blocking of highways by farmers has not led to such an alarm. 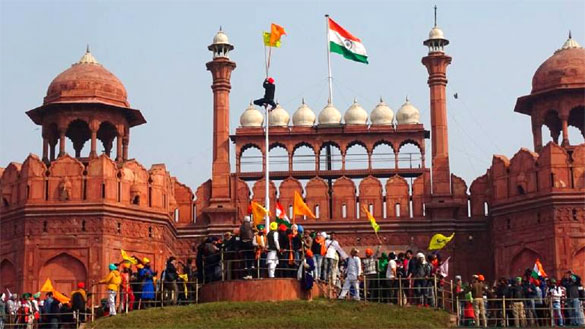 Over the past many years, speaking against the government has been automatically dubbed as anti-national. Amplified by plaint and ideologically biased media, the power of the government to declare anyone anti-national has become phenomenal. The whole anti-CAA protests were given a bad name by linking it to unproven foreign funds. The government and the media constantly hammered the point that Islamists, had taken over the movement, whose express purpose was to give vent to separatist tendencies. In the ongoing farmers’ movement, similar attempts were made to disparage the protesters by calling them Khalistanis. However, while in the former case, the accusations never ceased, in the latter, this kind of targeting was entirely suspended after some time. Even the premeditated government attacks on these two protests were different. In one case, it was relentless; in the other, the government showed much restraint after realising that such targeting could backfire.

One reason which is being given for the apparent success of the farmers’ movement is that it is inclusive in nature whereas the anti-CAA movement was exclusive. The term ‘farmer’, is it is being argued, in itself is an inclusive secular category which has the potential to attract different religious communities and weld them into a formidable solidarity. Since the ant-CAA movement was primarily driven by the concerns of one community (Muslims), it could never garner such mass support and hence could not succeed in bringing the government to the negotiating table. Nothing could be more facile than this argument.

No doubt, the appeal of the ongoing farmers’ movement is universalistic but to say that the anti-CAA protests were any less is not true. The latter, right from the very start was speaking in terms of constitutional rights and not specifically in terms of Muslim rights. It was precisely because of the deployment of such political grammar that the protest was able to attract a range of ideological positions. This is not to belittle the fact that the ant-CAA movement was started and nurtured primarily by Muslims; they were certainly the backbone of the movement. However, it is also true that it was able to attract a lot of solidarity from other sections of society, especially students. Despite its projected universalism, one cannot deny the fact that the farmers’ movement was initiated by the Sikh community and that later on other sections of society joined the movement. The hoisting of the Sikh flag on the petard of Red Fort only goes on to show the religious motivation of some of the Sikh participants. Not giving due credit to Sikhs as the master movers of the movement is certainly doing injustice to their valour, commitment and sacrifice.

And it is this difference in religious nucleus of these two protests which perhaps explains the different attitude of the government. The events of yesterday make it amply clear that when it comes to dealing with Muslims, the government adopts a very different yardstick. The praise being showered on Delhi police for their extraordinary patience is entirely misplaced. It was the same police force which was aiming for the chest of Muslim youth; it was the same police force which was criminally forcing them to sing Vande Mataram, not very long ago. But yesterday, despite the fact that the police were beaten, abused and at some places had to flee for their lives, they did not fire a single bullet or even attempted to forcefully disperse the protestors. Such ‘exemplary’ behaviour from Delhi police is not possible without express instruction from their political masters. The difference in the way police reacted in both the situations is thus not a matter of policing, but is rather a matter of their complete subservience to the political class. The contrast is very frightening indeed.

Why is it that it is easy for the government to ‘deal’ with Muslims but not with Sikhs? Partly the answer is political. For long the Hindu right’s stated position has been that the Sikhs are an inalienable part of the Hindu society. Being an Indic religion, Sikhism’s Punya Bhoomi (holy land) and Pitra Bhoomi (father land) are both in India. The same cannot be said about Muslims and consequently they have been looked upon with suspicion for having extra territorial loyalties. This division between Indic and non-Indic religions runs so deep that it has almost become common sense with even liberal social sciences adopting this framework to understand Indian society and culture. The present government, having deep roots within such a worldview, thus could not frame the Sikh led farmer protests as anti-national the way it could easily do with Muslim led anti-CAA protests. Moreover, over many decades, the Hindu right has been peddling a discourse that Sikhism arose as a movement to protect Hinduism from the zealotry of Islam. It would be too hard for them to turn around now and call Sikhs anti-national. Certainly, a little compromise is nothing in the interest of maintaining the larger cause of Hindu fraternity.

There is another important reason why the government was accommodative to the farmers’ demands. And this has to do with the relatively empowered position of Sikhs in the country. They are important part of the Indian economy, are well educated and therefore better represented in the police as well as in the military. Any violent action on them would have far reaching consequences which any government can ill afford. Moreover, over the years, and especially after the anti-Sikh pogrom of 1984, they have become an important diaspora in North America, thus having the potential to influence international opinion. In contrast, Muslims mainly provide unorganised labour for the Indian economy, and because of their relative lack of education are hardly represented in the various institutions of the state. Moreover, the current government is not dependent on their votes so Muslims do not even have electoral leverage. It is far easier to otherise Muslims as compared to other communities; even a violent attack on them will not have much repercussion on the larger Indian society.

The reason why the government treated the Sikh led farmers’ movement with the respect that it deserved has much to do with the position of Sikhism within the Hindu pantheon and the political economy of the community. Granted that the farmer protest had an inclusive character and spoke the language of universalism, but it does not sufficiently explain its apparent success. The outcome of any movement is not just contingent on the strategies that it adopts but also depends on how it is perceived by others and how the government responds to it. Given that the present government aligns its response on the religious identity of the protestors, there is very little chance for any Muslim led protest to be heard, far less succeed.