Religion-ism Of Muslims Has Given Rise to Extremism; Condemned by Quran: ‘Exceed Not in the Matters of Your Deen’, The Codes of Conduct on The Highways of Life 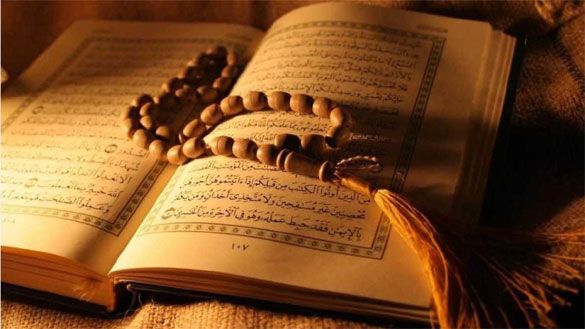 Extremism - that is, the mindset of exceeding and transgressing the limits and boundaries of Codes, Rules and Norms, is universally condemned by Humanity.

Presently Extremism is mainly considered as related to propagation of Political and Religious ideology, often verging on fanaticism. The connotation then being “unreasonableness and ignorance”. Violent acts are often part of it. If these violent acts are committed by Muslims in today's environment, then it is termed “Terrorism”.

In the contexts of Muslims, the Book Quran condemns transgressing the limits set therein for the given Codes; it says:

4-171: Oh people of the Book, exceed not in the matters of your Deen/given Codes, nor speak anything about God but the Truth.

Therein lies the emphasis on the Codes. Besides NOT TO exceed the limits of the given Code, is the command to adhere to the purpose, the essence of the Code, the truth. This is necessary to maintain its essential Value to benefit mankind. Exceeding the limits causes imbalance, hence its equilibrium and harmony; the environment in which no community of humans can progress for the better.

In practice of Religion-ism, mistakenly sometimes called Islamism, the Priesthood have seen it necessary to make the simple Codes complex even if it causes hardship to the community. A glaring example of that today is the tragedy in the name of defending the honour of the Messenger Muhammad. Although no responsibility is imposed by the Book on the Muslims to defend him.

In fact the Book states that God is sufficient to defend him 25-31. And yet also the Book ordains to turn away and say 'peace to you' 43-89 in situations where blasphemy against God is committed. Such is the importance of maintaining balance, harmony and peace. The main aim of the Codes of conduct on the Highways of Life.

The introduced religious complexities are often laughable and therefore ridiculed by the world; like the plates on Public toilets in some Muslim countries: - Enter toilet with Left foot and Exit with Right foot! With such intricate laces and braces put on religion, the Elite maintain the Shepherd-ship of the ignorant.

This is no idle charge and so to prove it, few more examples of this Ism laghoo-mindset; not necessarily in the order of importance, are given. Some based on personal experiences.

-In a mixed gathering, a copy of the Quran was required to resolve an argument. The teenage daughter of the hosts was asked by her Father to fetch it. She reluctantly got up and pulled her younger brother almost forcefully to accompany her; who then carried the Book and handed it to the person requesting it. His sister did not return with him!

However discretely it was done, it became obvious to few; except to her father that the young girl was having her “days” and so could not touch the holy Book. What was supposed to be kept under wraps for cultural modesty even from her father, was exposed, thanks to the twists given to the following Quran's verses. 56-78, 79: inscribed in a well-guarded Book, which none but the pure may handle..... A simple command applied to all mankind.

The tragic and wide implication of this transgression/laghoo is that a mature female is prohibited from studying the Book few days every month, and on other occasion of all her fertile age, for no fault of hers, simply because of the natural laws of biology acting on her body; which the Religion-ist have declared impure.

This girl should be thankful for being born in a Muslim household. She avoided the trauma of having to live in the barn outside the house, even during wintry days, as is required by other Religions' practices, because of her impurities! In some communities it is maintained that Muslim men too must perform ablution and purify themselves before handling a Book of instructions, the Quran to study. A handicap put on the masses for keeping them ignorant.

-This example falls in the Fanaticism and ridiculous category. Commands of prohibition (haram) of Eating of meat (Laham) given in Quran 2-172,173 etc. are extended in practice to prohibiting the use of pig-products such as pig skin gloves, belts, hand bags, dart boards etc.

-A commotion erupted because a truck from an abattoir delivered halal beef carcasses to a 'halal butcher', but it had also carried Pigs carcasses in it for delivery elsewhere. It was objected fiercely by the Muslim clientele. It was argued that the two types of carcasses were handled together and the carcasses were touching each other in the truck; thus rendering the halal Beef haram for Muslims.

The fact that the Book prohibits consumption of any food declared haram or halal by any other authority, such as Halal butcher; other than Almighty, does not cause any consternation to Muslims, commoners, scholars and Islamic States. Halal industry is worth billions of dollars.

-An issue today is that of injecting vaccine that may contain gelatin made from pig. Hence it is declared haram by some Muslim authorities to inject even as medicine. A transgression of limits of verse 6-146.

In spite of all the arguments given; the fundamental question however: whether Injecting vaccines as medicine for cure and to save lives, is same as Eating-kulu, stays on the back burner. Even the number of deaths due to the Covid19 is discounted on the grounds that it is only a small fraction of the total population of any country. The sanctity of human life (5-32) got overwhelmed by mathematical statistics. However lately few Muftis have expressed opinions to the contrary.

-A gift of spray-perfume was made to a Muslim lady in Makkah. ---“does it contain alcohol” She asked with concern, before accepting it!

One must wonder in astonishment at the knowledge that the lady knows of Muslims who drink Perfume for intoxication! And that the perfumery in the Holy Country sells such perfumes. May one dare to ask: Why would perfume be forbidden - haram- even if it contained alcohol or cannabis oil?

-The evident example of religion-ism that has turned the verse 10-27 related to Full face covering: to blacken their faces with Darkness .... they are companion of fire - as a punishment, abasement and ignominy for all evildoers; on its head is the Burqa/Niqab as a banner 4-142, 107-6 of “falsehood” of piety. A flag of virtue for Muslim Females ONLY that has made them a never ending target of ridicule and jokes in many countries.

If only they knew what the Book says in 24-30, 31. There the men are addressed first of and then the women, “say to the Believing men... ...and Believing women... to cast their gaze downwards so to restrain their sensuality ...and for women additional instruction... to cover their bosoms”.

-However shameful is to air but reluctantly this particular Religion-ism of Muslims, it must be touched upon as an extreme example of profanity for its profitable “one-night stand” business, openly advertised on media. That is the halala marriage and divorce “facilities” and religious fornication in the name of Quran. Utterly humiliating to the Muslims, and particularly to the Muslim female. Putting Muslims at the mercy of 'Islamic' Religion-ism. Carried out openly as business:

2-79, Woe! Then to them who write the book with their own hands, then say “This is from God” so that they may earn from it measly gains ...

-Though there are many more examples of transgression and extremism, the final and lamentable one here is the Codes related to Jihad! Often the self-inflicted terrorism of Muslims on Muslims, though not called terrorism. It is there to be witnessed by all.

Although the following verse refers to a particular incident that occurred to the Messenger, is nevertheless relevant to quote for its universal application:

24-12: Why do not the believing men and women, when they come across it , think the best for one another and say, "This is an evident falsehood"?

The Believers do not see it as evident falsehood, because they lack the knowledge of the Book they revere. “They have eyes but they do not see” and because they have ignorantly hand-balled their own welfare and of their peoples' to the Religious brigades, which have cleverly put limits on them to access the Book! The Book however puts the responsibility of one's action squarely on individuals and no one else 6-165, 17-15.

Quran repeats the statement that Almighty loves not the transgressors of limits given 5-87. But in the last part of the following verse it sets out God's policy of how He wants His creation, the Mankind to live its Life free of encumbrances established by earthly gods, rivals set up to Him:

2-185:... ….God desires Ease for you, He desires not Hardship for you....and that you should exalt the Greatness of God for having guided you and that you may give thanks.

This is opposite to the policy of the earthly gods: 2-22 ...so do not set up rivals to God. These earthly gods want to enslave humanity in ignorance and false religions and its Religion-isms.

There are NO restrictions imposed by Almighty to access the Book of Codes, the Quran for those of purity of heart and of mind. It is Hudal Lil Muttaqeen.

Donate Now
Posted by Moderate Islamist here at 4:45 AM