Couple of weeks ago, a serving IPS officer, Najmul Hoda wrote an article which appeared to blame Muslims for the mess in which they find themselves today. Tracing a historical genealogy of Muslim victimhood narrative, Hoda pondered why Muslims are complaining today when all objective indicators are telling us that they are much better off as compared to say a century ago. Hoda argues that the current Muslim ‘lament’ is because of the withering away of exclusive religious privileges which the community once exercised, which was partly the result of its theology of Islamic supremacism. Thus, Muslims must come out of their ‘victimhood narrative’, and must critically engage with their past in order to set right their present. 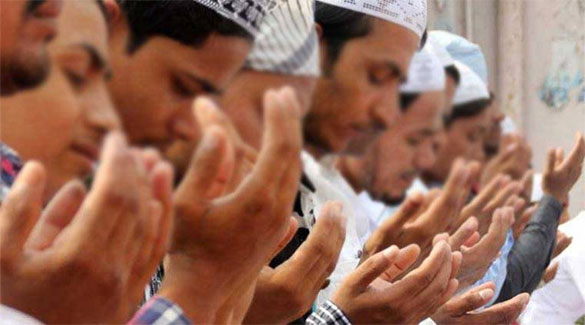 In promoting individual freedoms, India’s liberals must take on both Hindu and Muslim communalists (File)

The article was negatively received, by Muslims and others, who were quick to point out that the author was doing this to get close to the political establishment. Muslims journalists, some celebrated ones, similarly ran down the piece, without bordering to write a rejoinder or even engaging with it on other platforms. There was a feeling of unease amongst Muslims; they were at a loss to understand how one of their fellow Muslim could write such a piece. The only viable rejoinder came from N C Asthana, a retired IPS officer, who boldly stated that ‘it was unfair to blame Muslims for their own tribulations’. And yet, it must be said that despite his best intentions, Asthana did not understand the full import of the Hoda’s article.

Before dissecting Asthana’s piece, it is important to underline the function of Hoda’s article, even without going into its merits. This is probably the first time that an article has generated so much noise within the Muslim community. And the very fact it was written by a Muslim need to be appreciated. Mostly, Muslims have reacted to debates generated outside the community. The last time Muslims reacted in such a fashion was when Ramchandra Guha wrote this piece in a national daily. Guha’s article also generated a lot of heat amongst Muslims, but then it was not a debate which was engendered from within the community. It is good therefore that Muslims have started to figure in their own debates, rather than being written about by others which had become normal for the last many decades. It will be much better if, rather than complaining, Muslims write rejoinders to Hoda’s article so that some debate is generated in the community.

Asthana’s trope that colonialism was responsible for whatever wrong happened with Muslims is an oversimplification. First, colonialism was disastrous for the country as a whole, not just for Muslims. But it is also true that different communities engaged with their British masters, some more successfully than others. It is a fact that initially, Muslims boycotted English education and as a result suffered in terms of representation in public life. Another effect of this ill thought strategy was that it never produced a reformist middle class which would have spurred this community towards modernization. Experiments like Aligarh Muslim University came very late in the day and even then, it remained too much mired in the religious glory of the past.

Asthana reluctantly accepts that Muslim might have ‘erred’ in this project, but then refuses to draw the right conclusion by de-linking modern education with a transformative agenda. Instead, he points to the Sachar Committee Report to highlight that lack of education is not the only reason why Muslims are discriminated against. The problem is that nowhere in the document, Sachar Committee Report expressly acknowledges the prevalence of overt discrimination. It certainly tells us the lack of Muslim representation in comparison to other religious communities, but does not go into the reason as to why this is so. Lack of Muslim representation in the Indian Administrative Services, for example, may be due to acute sociological reasons, rather than solely due to discrimination.

When it comes to caste divisions within Muslim society, Asthana again misses the point that Hoda is trying to make. By invoking the Ashraf-Ajlaf dichotomy, Hoda is saying that Muslim politics in India has always been done by the Ashrafs, without paying any regard to the developmental needs of Ajlafs who are the majority of Muslims in this country. Hoda links this Ashraf hegemony with their preoccupation with foreign origin and their innate belief, not just in their own superiority, but also in the superiority of Islam over all other religions. The religious supremacism of historians like Barani (which Hoda quotes) flows from such an understanding. Asthana will not understand but this politics of exclusivity has done immense harm to the ordinary Muslims of this country.

Asthana wilfully misreads what Hoda is trying to say over Muslim preoccupation with the identity question. No one is arguing that identities are not important or that Muslims should not be comfortable with their religious identity. The point that Hoda is trying to make, and rightly so, is that so far, Muslim politics has been singularly obsessed with its religious identity to the detriment of all other issues which a community should wrestle with. Muslims have been passionately defending Urdu, madrasas and their personal law because they consider them as an extension of their religious identity. It is not surprising therefore that we have not seen a single movement of Muslims in post-Independence India demanding better quality education. Those who argue that it is the state’s responsibility to provide education for all conveniently forget that other communities have successfully lobbied the state for educational provisions. Shouldn’t Muslims, aided by their numerous waqf properties, have done the same?

This is not to suggest that one is in complete agreement with whatever Hoda is arguing. For one, he certainly discounts the fear that has gripped Muslims with almost routine lynching, destruction of their property, arbitrary arrests of Muslim student leaders and negative stereotyping by government and the media. All these have an effect not just on the livelihood of ordinary Muslims, but inhibits their full participation as citizens. It is one thing to critique the past mistakes of Muslims, but quite another to be oblivious of the mental and physical violence which has engulfed them.

Asthana, as anyone else, has all the right to respond to Hoda. But a better critique can only emerge with an empathetic engagement with the Muslim community rather than this paternalistic rush to defend them. Muslims do not need such paternalism, they do not need to be ‘saved’, what they certainly need is an objective evaluation of their situation and the best placed to do so are members of the community themselves. It is rather rich that Asthana, evokes Martin Luther King and asks Hoda to understand the ‘inner fears and outer resentments’ of Muslims. Hoda, a Muslim, does not need either an Asthana or a King to understand the predicament of the Muslim situation today. His very being teaches him what others would fathom to understand in their lifetimes.

Arshad Alam is a NewAgeIslam.com columnist.

The Left-Liberals, Muslim Leadership and the State, Sadly: A Reply to Harsh Mander and Ramchandra Guha

Posted by Moderate Islamist here at 6:50 AM