Prof. M. Yasin Mazhar Siddiqui: An Islamic Scholar and One of the Leading Authorities on the Sirah

On 15th September, 2020, Prof. (Dr.) Muhammad Yasin Mazhar Siddiqi, a great Islamic scholar, died. Born on 26th December, 1944 in Kheri district of U. P. India, Prof. Siddiqi was educated at Darul Ulum Nadwah al-‘Ulama (Lucknow), Lucknow University, Jamia Millia Islamia (New Delhi) and Aligarh Muslim University (AMU). After completing his higher degrees (PG, M.Phil and PhD) in History from AMU, he started his teaching career in the department of History and then was associated with Department of Islamic Studies (DoIS) at AMU (he retired as Professor/ Chairman, DoIS, AMU). His death was mourned across the sub-continent by numerous scholars and institutions. 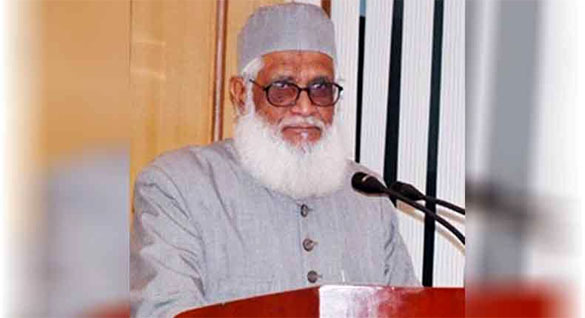 Considered as one of the leading authorities on the Sirah (Prophet’s biography) in the Sub-Continent, his major areas of interest included Islamic history and civilization, Medieval Indian history, and Arabic and Urdu Literature.

AMU, in its ‘official’ condolence message mentioned his death as an “irreparable loss to the academic world” as his “profound scholarship explored new dimensions of Seerah writing”. “By his death present era has lost a prominent Sirah writer and a great researcher, who, after Dr Muhammad Hamidullah, is considered as an authority on Sirah for exploring its various new dimensions”, wrote Dr Ammar Khan Nasir of Pakistan. In a Facebook post, Dr S. S. Hussain wrote: “Dedicated teacher, loving embodiment of Allama Shibli [Numani] and Syed Sulaiman Nadvi’s legacy on Seerah”, Prof. Siddiqi “played significant role in getting Islamic Studies off Orientalist Hangover”. “A born-researcher and a serious thinker”, wrote Prof. Hamid Naseem Rafiabadi, he made a lasting contribution to Seerah. Prof. A. R. Bhat described him as “an outstanding Islamic scholar, a prolific writer and a thorough gentleman” who made “prodigious contributions to Islamic scholarship”, while as Dr M. Akram Nadwi (Oxford) described him as “an outstanding researcher of present era; he was an authority on, and had no parallel in Seerah, Maghazi, and classical Islamic history”.

Prof. Siddiqi has authored more than 40 books and monographs which deal mostly with various aspects of Sirah. He has over 300 research papers/articles in various reputed National and International Journals and Periodicals from India, Pakistan and Saudi Arabia to his credit. One of his works on Sirah was awarded ‘Naqoosh Award’, ‘Seerat-e-Rasool Award’ and ‘Seerat Nighari Award’ from Pakistan and ‘Shah Wali-Ullah Award’ (by IOS, New Delhi) from India. In this write-up, as a mark of accolade to this great scholar, a brief introduction of three of his prominent works is provided to reveal the diversity of topics/ dimensions he explored and examined in Seerah.

Organization of Government under the Prophet (1987): This book is a lucid exposition of the evolution, gradual development and organization of the Islamic State during the time of the Prophet (pbuh) and consolidation of the Muslim Ummah at Madinah. It presents a critical study of military organization, central and provincial civil administration, regulation of financial and agrarian affairs and religious organization during the time of the Prophet (pbuh). This work tends to explore and explain the phenomenon which led to a phenomenal transformation and expansion of Islam and the Islamic of Madinah, just in a span of ten years (622-632 CE). Written in a lucid, analytical style, this work bears testimony to the erudition, objectivity, and insight of the author. Sayyid Hamid in his Foreword to this work points that the author, “narrates, investigates and analyses”, and his method is that of “objective and perceptive recorder of history”.

Rasul-i-Akram (SAW) Aur Khawatin Ek Samaji Muta`alah (2006) [Prophet Muhammad (pbuh) and Women—A Social Study]: This book is focused on the social ethics and women, issues, contribution and other aspects related to them during the Prophetic period. In the ‘social ethics’, the most delicate theme is on the women and ‘relation, amalgamation/amity and other related issues of men and women’ is more delicate than that, and from the illustrious life of the Prophet (pbuh), by his reforms and by his word and deed (Ahadith & Sunnah), there are guidelines regarding these all. The book is a profound contribution to the Sirah literature in the 21st century, for its discusses those aspects of Prophet’s Sirah that have been shown either a little concern or have been examined and discussed very rarely in the Sirah works, or at times have been discussed but are in scattered form.

The subject-matter of these works deals with the socio-political and socio-legal aspects of the Sirah making a fair-optimal and perceptive use of the material, and are unique not only in their subject-matter, but also in the analytical style, in their objectivity, and above all, in their method. In brief, all these selected works are academically sound, constructive, worthwhile, and positive. They make a valuable contribution to the Sirah literature and are relevant to the challenges and needs of the current times.

Prof. Siddiqi’s death is indeed an irreparable loss to the academic world his death has caused a big void in the Islamic Studies, especially in the Sirah Studies, which is impossible to fill. May Almighty’s Blessings and Mercy on His Soul: Aameen!!

Donate Now
Posted by Moderate Islamist here at 8:09 AM