Does Islam justify the Spread of Disease as a Tool for Striking Enemies? Refutation of Claims Made by India-Specific ISIS Magazine Voice of Hind

To deal with this question, first let us ponder over ‘the enemies’ referred to in the India-specific online propaganda magazine of ISIS ‘Voice of Hind’ published by a pro-ISIS group through its Al-Qitaal Media Centre of Junudul Khilafah al-Hind. In its article on coronavirus published in (the latest) the fifth issue of ‘Voice of Hind’, the magazine says,

“COVID 19 has plagued the disbelievers and it is time to make it worse… believers can wreak havoc on disbelievers by spreading the disease among them so that they are forced to bow down before Allah’s rule before they are wiped out from the earth,” (Voice of Hind 5th issue) 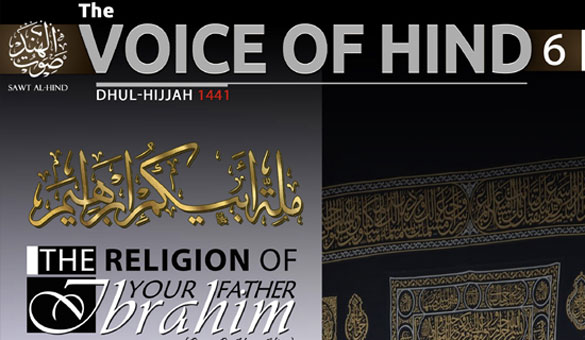 The magazine reiterates that “every brother and sister, even children, can contribute to Allah’s cause by becoming the carriers of this disease and striking the colonies of the disbelievers, wherever they find them” and that “no disease can harm even a hair of a believer”.

The quotations above unravel the truth of savage hearts of ISIS that seek to wreak havoc on “the disbelievers” by spreading the COVID-19. It would be shocking to recall here that the disbelievers, according to ISIS’s creeds inspired by Kharijites, are not just non-Muslims but also the non-Wahhabi Muslims.

Issue 2 Voice of Hind, p. 7. [Screen Shot of an Image in the Corona Virus Article]

Islam does not hold any justification for the spread of diseases even for enemies, not to speak of the non-Muslims and Muslims living under the law of unity and integrity. On the contrary we find that the Prophet of Islam (peace be upon him) and his companions proposed ideas of quarantine and social distancing to avoid the plague. This proposition was meant for the safety of all humanity from the plague.  However, ISIS’s supporters have invented the idea of spreading diseases. This idea conflates the idea of prevention of diseases enshrined in the Ahadith, some of which are as follows;

It is reported by Saad that the Prophet Muhammad (peace be upon him) said, “If you hear a plague in a land, then do not go into it. If it happens in land where you are, then do not go out of it” (Source: Sahih al-Bukhari 5395)

The Prophet’s guidance on preventing diseases and enforcing quarantine become clear from the hadith which reads, “a healthy person should not be brought near a sick person” (Source: Abu Dawud, Ahmad, Ibn Majah)

Also Read:  Refuting ISIS Magazine ‘Voice of Hind' on What It Calls The ‘Disease of Indian Nationalism:’ ISIS should Know India Is Muslims' Beloved Homeland

The traditional interpretation of these Ahadith encourage the idea that the people should not depart from the land afflicted by the plague 1) as they can’t avoid Allah’s appointed destiny and 2) if the afflicted people of one land go to another land, the people of other land might be afflicted with the plague. 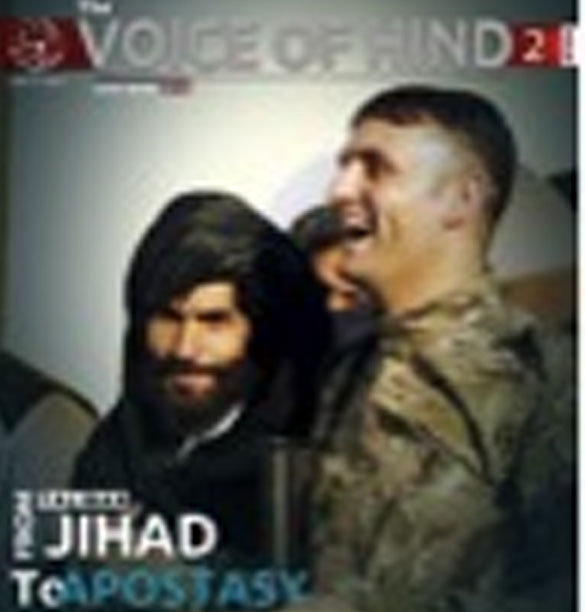 A big difference could be traced here between how the Prophet of Islam treated the contagious plague and how the people of ISIS are treating the contagious Coronavirus. The Prophet of Islam suggested some effective ways for the prevention of diseases for the entire humanity whereas the ISIS has called upon spreading the diseases. This difference suggests that the path of ISIS is not the path of Islam and the Prophet (peace be upon him). Moreover, we can see a number of articles on newageislam.com which have refuted several points of the radical online magazines including ‘Azaan, Daabiq, Rumiya, ‘Voice of Hind’. All works of refutation are substantially supported by the Quran and Ahadith and ensure the gullible Muslims that ISIS is not walking on the path of Islam.

Also Read:  Where are Indian Ulema? Why No Refutation of the so-called Ghazwa-e-Hind, India-Specific online ISIS Propaganda in its Magazine ‘Voice of Hind?’

In the present world where the believers and disbelievers have largely supported the values of peaceful coexistence and democracy, the ISIS supporters leave no stone unturned to degrade these values down to the pit of violence. Since we believe in peace, harmony and human-sympathy, we ourselves must bear the responsibility to decry the tones of the ISIS’ supporters by raising our voice of pluralism, togetherness, human ethos, unity and integrity.

If we Indians continue to display our togetherness despite differences in our religions, it will be a timely retort for anyone who wants to damage the peace of our country. To a great extent, our people have already demonstrated their unity and integrity, facing the outbreak of Covid-19. In several parts of India, Muslims and non-Muslims helped the needy around them during the Coronavirus lockdown, regardless of religion, caste and culture. The demonstration of this togetherness, as long as it continues, will not let the radical Islamists succeed in their motive.

After all, this is just a fantasy and should not make us inactive in our role in fighting against the radical narratives of ISIS. The arrest of alleged ISIS operative Abu Yusuf from the Delhi - Haryana border a few days ago is a grim reminder that the influence of ISIS in India should not be ignored simply with the fantasy that no one can break our integrity and unity. Just one enemy may be enough to persecute thousands of civilians. Therefore, it is not only the responsibility of securities to pounce upon the enemies of the country, but the Muslim clergy and Ulama should also play their responsibility to reform or refute the theology of violence more effectively than their anti-terror fatwas did in the past.

Refuting ISIS Magazine ‘Voice of Hind' on What It Calls The ‘Disease of Indian Nationalism:’ ISIS should Know India Is Muslims' Beloved Homeland

ISIS Operative Abu Yusuf's Arrest Should Be an Eye-Opener for Indian Muslims: Role of Ulema in preventing radicalisation

Where are Indian Ulema? Why No Refutation of the so-called Ghazwa-e-Hind, India-Specific online ISIS Propaganda in its Magazine ‘Voice of Hind?’

Posted by Moderate Islamist here at 8:30 AM