Can A 13 Year Old Be Punished For Blasphemy? 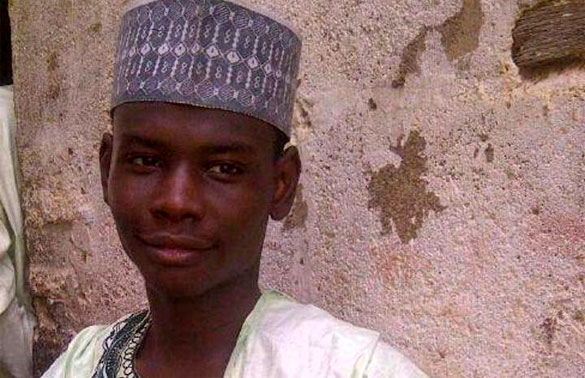 Omar Farouq , was condemned to death under the Sharia law in Kano State in north-west Nigeria after he was accused of using foul language towards Allah in an argument with a friend.

A Shariah court in the Muslim majority state of Kano in Nigeria has sentenced a 13 year old Muslim boy for blasphemy. According to reports, 13 year old Omar Farouq had uttered some foul words about Allah during an argument with his friend. He has been sentenced to ten years of imprisonment with labour. UNICEF and other rights organisations have condemned the sentencing declaring it a violation of child rights. The judgment of the Sharia court of Nigeria has sparked off a debate over the validity of the judgment. According to international laws, a boy below the age of 18 years is considered a minor and he cannot be tried for crimes like adults but under juvenile justice act.

First, the Quran does not prescribe any physical punishment for blasphemy. Even if the Sharia court in Nigeria considers blasphemy a crime punishable in a court of law, it has to prove that the boy is an adult. The Quran or Hadith do not fix any age for a person to be considered an adult. What it says is that a person reaching puberty is considered an adult. There is a hadith regarding this:

In another narration the Prophet Pbuh said, "A young boy until he reaches puberty".

It means, the crime of a boy not reaching puberty or adulthood will not be recorded or tried in a court of law.

In the absence of any hadith or verse of the Quran declaring a 13 year old boy an adult, the Qazi had the discretion of absolving the boy of the charges. But he was perhaps driven by the extremist interpretations of the Quran and hadiths which have mainly influenced the African countries. Ten years of imprisonment of a minor will rob Omar Farouq of his best learning years and the joys of life. The judgment of the Shariah court is a violation of the Sharih itself and is not in consonance with the Quran and Hadiths.

Posted by Moderate Islamist here at 6:55 AM