Jihadi-Salafism, a term coined as a result of the present-day phenomenal terror activities perpetrated in the name of “Jihad or the pattern of al-Salaf al-Salihin (pious predecessors)”. A Jihadi-Salafist is merely a pretender to be “Islamic revivalist” that is smart enough to fool the naïve and gullible Muslims by repeatedly displaying in public the virtues, piety, and leadership that characterized the formative period of Islam from 610 CE, when the last Prophet, Muhammad (peace and blessings of Allah be upon him) began his mission of bringing the people close to the only Lord of the Worlds (Rabbul Aalamin) until 661 CE, when the fourth rightly guided successor, Hazrat Ali bin Abi Talib, was martyred. 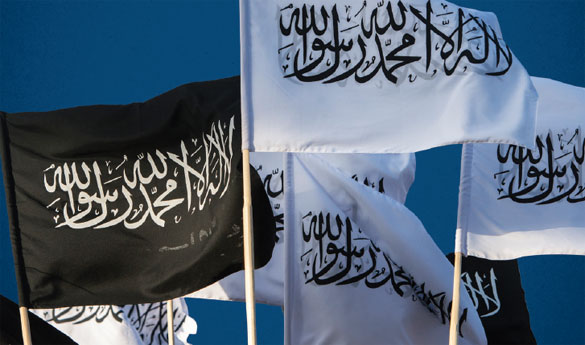 The tag of Jihad with it is something, unacceptable to mainstream Muslims because its Jihad is so-called and does not match in any form with the Prophet’s Jihad that benefitted the Muslim community in terms of security, freedom of religion, peace, safety, spiritual and intellectual progress,  justice, peace for civilians, truthfulness etc. That Jihad by fighting was defensive and was meant for curbing religious persecution.  Moreover, the greatest Jihad as per one of the sayings of the Prophet (peace be upon him), is the spiritual Jihad that is waged to avoid the evil attitudes in order to attain gnosis (marifat) of God Almighty.

Jihad by Nafs (Jihad al-Nafs) or spiritual Jihad which renders inner spiritual struggle against personal evil desires, ideas, lust, anger, lies, cunning, deceit, fraudulent behaviour, prejudice, growing extremism and desire of retaliation.  The Jihad by Nafs gives a person spiritual power to retain peace of mind and enables him to have patience and perseverance when facing the unwanted consequences of political, religious or worldly clashes. This is the greatest Jihad but unfortunately missing today.

No casual observer of Jihadi-Salafism around the world can deny the fact that the Jihadi-Salafism has brought the Muslim community into lurch to face humiliation from non-Muslims. Moreover they are killing Muslims in Syria, Iraq and Afghanistan declaring them “apostates”. Comparatively speaking, the Jihadi-Salafists have harmed Muslims more than they have done others. The Muslim civilians in the affected countries have now been wandering as homeless, orphans, widows or the ones living the life of refugees at the mercy of the foreign countries. Their acts of worship, which they were freely doing before getting affected by the Jihadists have now been under disturbing circumstances or specs of doubt and suspicion.

The Jihad as claimed by the Jihadi-Salafists is nothing but an act of transgression, as can be seen in the column titled as;

The Jihadi-Salafists’ claim of being on the pattern of al-Salaf al-Salihin is nothing but another form of deception. This deception is simply meant for attracting or entrapping the gullible individuals into the web of terror activities—the definitely forbidden acts in the eyes of Islam. They know that once a believer is ensured that they (the Jihadi-Salafists) are acting in accordance with the version of Islam followed by al-Salaf al-Salihin, he will rush to kill or being killed with “the emotion of martyrdom and fighting in the cause of Allah on the pattern of al-Salaf al-Salihin”. To say it painfully, they are using the terms “martyrdom” or “fighting in the cause of God” to defame the approximately unarmed-efforts of the companions of the Prophet, who, in the face of brutality and persecution, had no option left except for migrating from Makka to Madina, and then for fighting in defines in Madina when the enemies chased them away to eliminate their existence.

It is undeniable truth that the people embraced Islam by realizing its beauty and nature. This is known as the fastest growing religion in the world but its growth has now been facing a difficult obstacle in the form of Jihadi-Salafism that can’t be thrown away easily, as it has put on “Islamic titles and appearances”. If the acceptance of Islam among civilians of the world has halted, it is because of Jihadi-Salafism. The reason being is that Islam is a faith by heart before Allah and by tongue to be identified as a believer before other Muslims. A faith by heart is possible only when a person believes in it on his own will and freedom. By tongue, even a so-called or hypocrite (munafiq) can express his acceptance of Islam—a form of deception that can be rejected by any principally rationalized bent of mind and is already a disliked act before Allah Almighty, as witnessed by the several verses of the Quran and the sayings of the Prophet (peace be upon him).

To sum up, the term ‘Jihadi-Salafism’ is one of the distorted forms of Jihad and Salaf in combination.

Posted by Moderate Islamist here at 4:43 AM